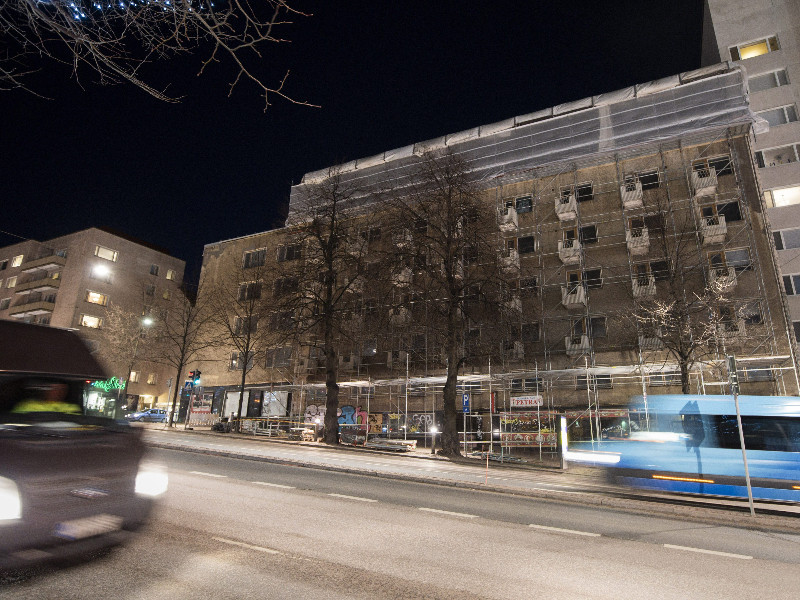 Blocks of flats in downtown Lahti on 21 January 2020. House prices in the almost 120,000-resident town are to drop by 1.4 per cent this year, according to PTT. (Samuli Ikäheimo – Lehtikuva)

THE POLARISATION of the housing market is set to intensify in Finland, according to Pellervo Economic Research (PTT).

PTT on Wednesday revealed that it expects house prices to rise only in the largest population centres, but decline not only in rural areas and the remote parts of population-growth regions but also in regional population centres.

“The price development has been sluggish also in the remote parts of growing regions. Even Helsinki does not have an impact that extends across Uusimaa. The growth of the housing markets will roughly speaking focus on a very small geographical area in the 2020s: in the urban areas of Helsinki, Tampere and Turku.”

PTT identified Pirkanmaa as a fitting example of a region that has seen both its population grow and housing prices tumble in its remote parts – by seven per cent for condominiums and 10 per cent for detached homes from the peak of the past decade.

PTT pointed out that the development has a significant impact on the regional economy, as it forces lenders to weigh up risks more carefully in areas where prices are falling and consumers to compare the merits of buying and renting.

Its forecast indicates that the prices of dwellings in old blocks of flats will rise by 1.0 per cent in 2020.

The increase is expected to be the fastest in Helsinki (3.1%) and Tampere (3.0%). Kuopio and Lahti, by contrast, are set to witness the steepest declines in the prices of dwellings in old blocks of flats –  of 2.0 and 1.4 per cent, respectively.