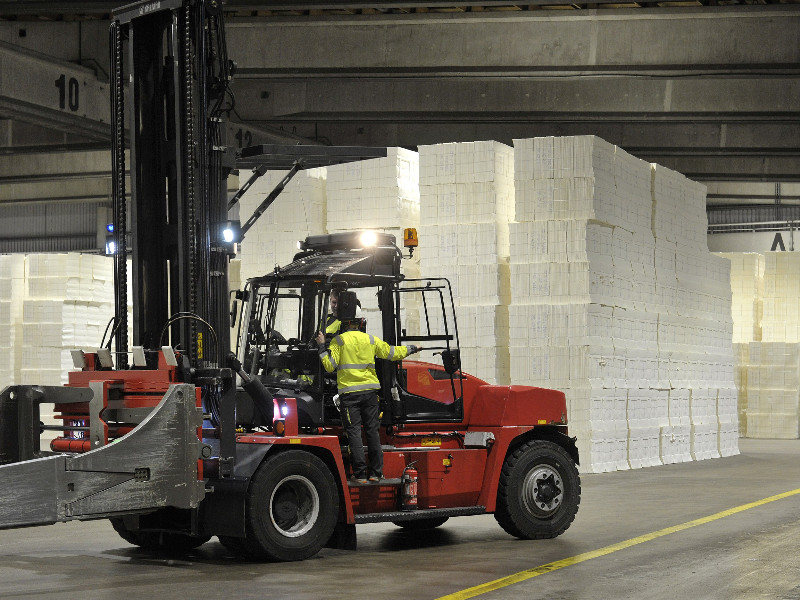 Work at some forest-industry workplaces has continued in spite of the weeks-long strike launched on Monday by the Industrial Union, Finnish Paper Workers’ Union and Trade Union Pro. (Juha Sinisalo – Lehtikuva)

THE STRIKES launched on Monday by the Industrial Union, Finnish Paper Workers’ Union and Trade Union have failed to bring the operations of all targeted workplaces to a halt.

The Industrial Union on Tuesday expressed its firm displeasure with the situation, arguing that the strike applies to all work regardless of the duties of the employee and whether or not the employee is a member of the 140,000-member union.

“No production should take place during the strike,” it underlined in a press release.

Jyrki Alapartanen, the head of the wood products sector at the Industrial Union, said employees who continue to perform their duties at workplaces covered by the strike will be regarded as strikebreakers regardless of their union status.

“The work is on strike, and everyone is a strikebreaker,” he retorted.

He also suggested that one of the repercussions the strikebreakers could face at the workplace is stigmatisation. “That’s how it has always been and will always been. It was even harsher historically speaking. Everyone knows the practical implications of being a strikebreaker,” he hectored.

Seppo Koskinen, a professor emeritus of labour law at the University of Turku, stated that he disapproves of the harsh language aimed at branding employees as strikebreakers.

Trade unions, he underlined, cannot dictate that the work of any non-member falls under the scope of a strike.

Although trade unions cannot even oblige their own members to participate in a strike, they can impose repercussions under the association law on members for non-participation, according to Koskinen. He also reminded that non-members cannot be laid off for participating in a strike that applies to their work, according the established case-law.

“It hasn’t been interpreted as a contractual violation that’d allow the employer to terminate the employment contract of a non-unionised employee participating in a strike,” he told.