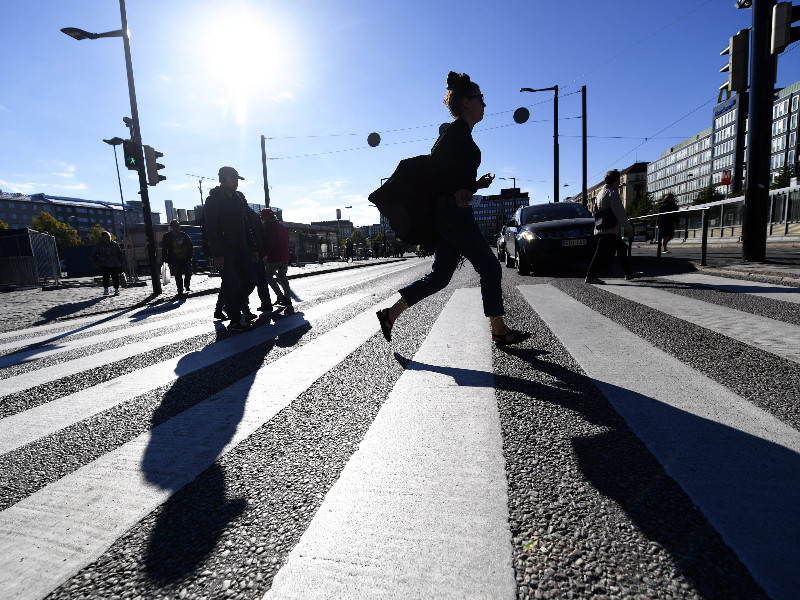 No pedestrians lost their life in a traffic accident in Helsinki in 2019, marking the first such occurrence since 1908. (Vesa Moilanen – Lehtikuva)

NOT A SINGLE pedestrian died in a traffic accident in Helsinki in 2019, reports Helsingin Sanomat.

The City of Helsinki on Thursday revealed that the situation is outright unprecedented, as pedestrian fatalities had not been avoided once since the adoption of more detailed statistical practices on traffic accidents in the 1960s.

Jussi Yli-Seppälä, traffic engineer at the City of Helsinki, stated in a press release that if the older data gathered from sundry sources is to be trusted, the previous year without a single pedestrian death in the city was 1908.

“The improvement in traffic safety is the sum of many different factors. Traffic safety has improved due to, for example, enhancements in the road environment, increases in traffic monitoring, the advancement of automotive technology and safety systems, and the development of rescue services,” he listed.

Accidents in the Finnish capital claimed the lives of a total of three road users last year, two of whom were riding a motorcycle and one a bicycle. The annual number of fatalities had ranged from 20 to 30 before the turn of the millennium, before settling at an average of seven in the 2010s.

A total of 400 people, including 80 pedestrians, did nevertheless sustain injuries in traffic accidents in Helsinki. The data is limited to accidents reported to police.

The city is committed to improving traffic safety further. It will commence the installations of 70 new traffic cameras and introduce alterations to promote the safety of the most dangerous pedestrian crossings in the city during the course of this year.

“The statistics are very encouraging. And because a number of concrete development projects are underway, you can expect the positive development to continue in future,” said Jarkko Lehtinen, head of traffic monitoring at Helsinki Police Department.

“I admit that I am rather proud of how traffic safety co-operation is currently conducted in Helsinki,” he added.