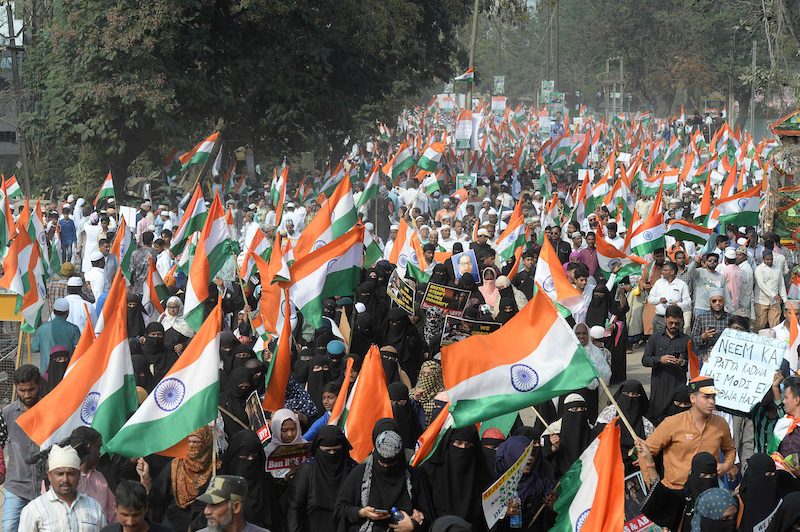 A group of Indian citizens living in Finland are organising simultaneous protests against the Government of India's new citizenship law (Citizenship Amendment Act 2019) in Helsinki, Turku, and Tampere on 26.01.2020 at 13:00 onwards.

“The democratic Republic of India adopted its Constitution on 26.01.1950 (India's Republic Day, which is celebrated also at the Embassy of India, Helsinki, Finland at 10:00-10:30); and 70 years later, the current Government of India is actively violating its fundamental promises of Liberty and Equality, by means of religious discrimination and clamping down on the right to protests,” says representative of the “Indians Against CAA, Finland” organisation who wishes to remain anonymous due to fear of reprisals.

“We expect at least 100 people to attend these protests. People are coming to the simultaneous protests from many places, including Lappeenranta, Vaasa, and even Tallinn.”

Similar protests are planned in many capital cities of Europe. This is possibly the first time that Indians across the world, and especially in Finland, are protesting against their own Government in such large numbers.

“Previously, we have had 4 peaceful / silent protests, the first one with more than 50 people (Indians, Finns, and others) at Rautatientori, Helsinki, on December 21, 2019. In Tampere University (07.01.2020), when Indian researchers attempted to hold a peaceful protest against the violence unleashed on students of the Jawaharlal Nehru University in New Delhi, they were prevented from protesting in the University itself, because of complaints by a self-described nationalist from Tampere.”

For over a month, over a million people in India and abroad have been holding protests against this new law and the upcoming National Register of Citizens (NRC). In India, protests have been largely peaceful, but in many places they have been brutally suppressed with police violence and Internet shutdowns.

Below is the protest statement released by the group, Indians Against CAA, Finland.

STATEMENT OF PROTEST AGAINST THE GOVERNMENT OF INDIA’S DISCRIMINATORY CITIZEN (AMENDMENT) ACT, 2019, AND NATIONAL REGISTER OF CITIZENS

The Indian Government recently passed the Citizen (Amendment) Act, 2019 , henceforth referred to as CAA in this document. By stating that refugees belonging to only “Hindu, Sikh, Buddhist, Jain, Parsi or Christian community from Afghanistan, Bangladesh or Pakistan” will be given an  accelerated route to citizenship, this act seeks to grant/deny citizenship on the basis of religion .

The act is blatantly discriminatory and unconstitutional and against the principles of human rights and freedom, and it has been challenged in Indian courts as well as in the public sphere . CAA promotes and propagates religious discrimination and persecution, violating not only the secular and pluralistic ideas enshrined in the Indian constitution but also fundamental right to equality to all persons. It is thus a matter of serious national and international concern .

The Government of India further plans to implement a National Register of Citizens (NRC) which will necessitate every current resident to prove that they are a citizen of India using complex documentation, with the proof of burden on the individual. The implementation of CAA with NRC is extremely concerning because it can lead to marginalised people being sent to existing and planned detention camps just based on their religious identity . This register has already been implemented in the Indian state of Assam, which has been subsequently placed on Active Genocide Alert status by Dr. Gregory H. Stanton's organization Genocide Watch , with 1.9 million people not able to prove their citizenship . The government has already placed many of them in detention centres (akin to prisoner camps). CAA with NRC will ensure that such undocumented people are given citizenship as long as they belong to the religions mentioned in CAA, whereas others (specifically Muslims) will continue to languish in detention centres.

The unconstitutional CAA-NRC has already garnered strong response in the form of protests and criticism from human rights organisations and notable authors and activists , in India and across the globe, especially by young students and faculty from major national and international Universities and research institutes of high repute . More than 1000 scholars and scientists have stated that the country is declining from a constitutional democracy into an unconstitutional ethnocracy . Many groups are agitating across India against the bill because it clearly uses religious biases when granting citizenship. People fear this might lead to a religious divide in the country, already a fragile issue in India. Political and social opposition to the bill is continuing, and the Supreme Court has been hearing multiple petitions to stay or repeal the act .
In order to silence dissent, the Indian Government is using undemocratic means and has cut off communication with Internet shutdowns in many states and cities .The police have brutally beaten up many young men and women, unarmed peaceful student protestors in several universities with reports of police firing bullets at students . There is no law and order followed by police as reported by Reuters, and there were no women police personnel as required by Indian law . The police have also fired tear gas, also in the closed confines of a library, and arrested/detained hundreds of protestors in many cities. Several people have been killed in police firing.

Amnesty India called the violence against peacefully protesting students unjustified and has urged the investigation of allegations of police brutality and sexual harassment of students .

The new law and the Indian Government’s actions violate multiple human rights enshrined in the UN’s Universal Declaration of Human Rights. The Office of the UN High Commissioner for Human Rights has already stated that the new fundamentally discriminatory law will have a “ discriminatory effect on people’s access to nationality” . The US Commission for International Religious Freedom has also condemned the bill which “ goes against India's constitution, which guarantees legal equality to people of all faiths” . The matter is so serious that Genocide Watch has issued an Active Genocide Alert for some Indian States .

We are a group of Indians living in Finland, mostly students and working professionals, and we are deeply concerned about the growing anti-democratic, authoritarian, and discriminatory activities of the current Indian government. We believe that the ruling dispensation in India has committed to a pattern of highly unjust, discriminatory and racist behaviour against a minority community. We are deeply anguished by the implementation of discriminatory laws such as the CAA (2019). We feel great grief about the Indians, especially young students, who are facing violent and brutal actions from the police for peaceful protests. Moreover, the very idea of creating millions of refugees and stateless human beings is extremely distressing.

These events are happening when Finland has the Presidency of the Council of the European Union, and we hope that our concerns will be highlighted in Finland and the EU. Both Finland and the EU are beacons of hope to all of us. We strongly believe in the values embodied by Finland, which are also enshrined in the Indian constitution, and we hope that it will lead the way in ensuring that these values and human rights are upheld throughout the world.

The statement is from the “Indians Against CAA, Finland” organisation. Helsinki Times has not investigated this topic independently and is not responsible for the content of the statement. The views and opinions do not necessarily reflect the newspaper's views.