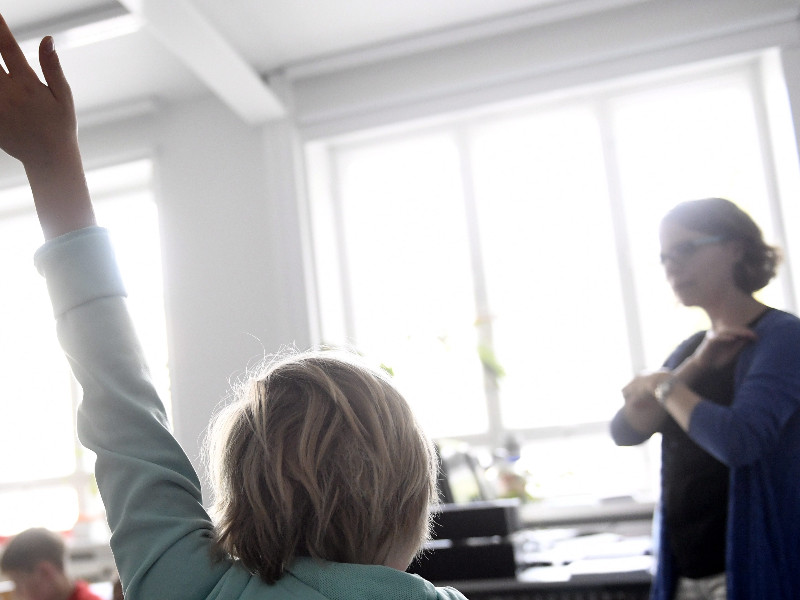 The need for primary-school teachers is expected to drop by 4,000 by 2030 in Finland, shows a new study by Perlacon. (Vesa Moilanen – Lehtikuva)

ALTHOUGH THE AGEING of the Finnish population has been the subject of widespread public discussion for quite some time, the projections remain sobering: the number of working-age people is to decrease by 70,000 and that of over 74-year-old people by 280,000 by 2030.

This is highlighted in a study conducted on commission from the Association of Finnish Municipalities by Perlacon, a Finnish consultancy specialising in municipal finance and administration.

The objective of the study was to examine the changes required in municipal services and their costs in all municipalities and regions in mainland Finland in 2018–2030.

Perlacon concluded that the change is massive especially in light of the short, 10-year time frame, saying that the changes in age groups are currently “larger, more expensive and more difficult to manage than ever before”.

The study found that the need for early-childhood education professionals will drop by 8,000 and that for primary school teachers by 4,000 in Finland by 2030. Accelerating population change, meanwhile, will create a demand for 14,000–16,000 new pairs of hands in the field of elderly care in the 2020s.

The number of children in early-childhood and basic education is projected to drop in, for example, South-west Finland. Kari Häkämies, a mayor at the Regional Council of South-west Finland, conceded that the slumping birth rate will force municipalities to cut from education and invest in elderly care.

“It though it feels harsh to say, municipalities have to cut personnel in child and youth services and increase add personnel in elderly services,” he said.

“Perlacon’s study indicates that there will be around 900 too many early-childhood and basic education teachers [in South-west Finland] in 2030. Meanwhile, there will be a shortage of roughly 1,500 nurses.”

The adaptation is made slightly easier by the fact that, nationwide, around 17,000 employees in the field of early-childhood education and 12,000 employees in the field of basic education are expected to retire by the end of the newly started decade. Another facilitating factor is the differences in wage structures: while primary school teachers earn 56,000 euros and kindergarten teachers 39,000 euros, elderly care professionals earn 38,000 euros.

Perlacon calculated that the necessary increase in elderly care professionals will cost 600 million euros, while the cuts in early-childhood and basic education will create savings of 550 million euros.

The Association of Finnish Municipalities (Kuntaliitto) reminded that regions with net migration gains will see an up-tick in costs due to the rising demand for services and the little tax revenue brought by young people.

“The costs can turn into revenues over time, if the young people end up staying in the area, gradually start to pay more taxes and use less services,” it added.

The demographic changes will also have an impact on the investments and fixed asses of municipalities. Population-loss areas will see buildings become vacant, while population-growth areas will have to invest a total of three billion euros in construction – two-thirds of which is accounted for by Uusimaa.

Kuntaliitto also expressed its confidence that population ageing will not topple municipal finances as long as municipalities react to the changes quickly and overhaul their service structure in the next 10 years.

“Adjusting is possible, but the window will only be open for a short time,” emphasised Timo Reina, deputy managing director at Kuntaliitto.