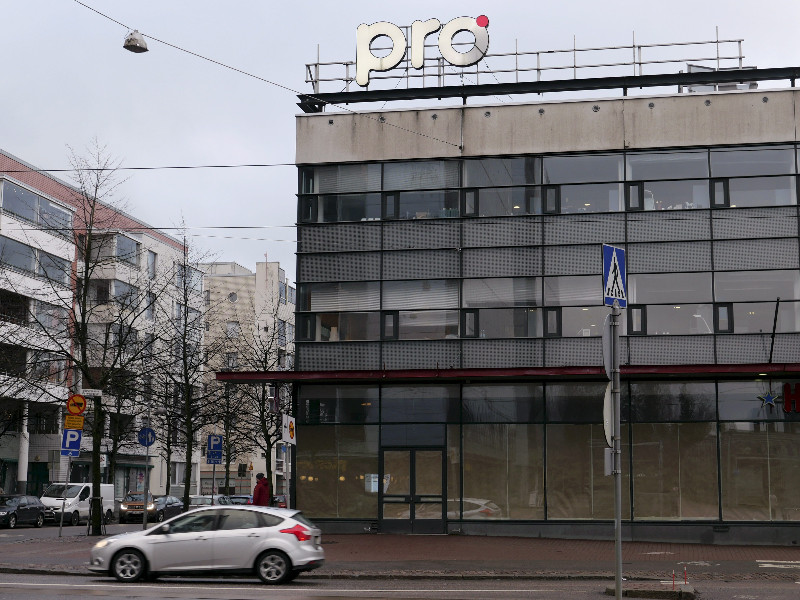 Trade Union Pro’s logo in Ruoholahti, Helsinki, on 12 January 2020. The roughly 120,000-member union is gearing up for a two-week strike starting on 27 January. (Teemu Salonen – Lehtikuva)

MEMBER COMPANIES of the Technology Industries of Finland have declared they will suspend the collection and forwarding of membership fees from members of Trade Union Pro.

The unusual measure was introduced in response to news that 8,000 employees at dozens of technology industry workplaces will be participating in a two-week strike launched on 27 January by Trade Union Pro.

Jarkko Ruohoniemi, the head of industrial relations at the Technology Industries of Finland, on Monday reminded that the threat of strikes, let alone the strike itself, causes revenue losses for businesses.

“The membership fees are also used to fund the widespread industrial action ahead, and the employer cannot take part in this kind of activity by collecting the fees,” he explained.

Trade Union Pro is not the only large trade union to have issued a strike warning for late January. The Industrial Union and Finnish Paper Workers’ Union on Sunday both stated that thousands of their members will be participating in two-week strikes starting on 26–27 January.

The Confederation of Finnish Industries (EK) on Monday estimated that if carried out in full the strikes would have a negative impact of up to two billion euros on the revenues of businesses and 500–600 million euros on the gross domestic product of Finland. Its preliminary calculations take into account the multiplier effects on other industries but not the long-term impact on client relationships and willingness to invest in Finland.

“These widespread and long-term industrial actions will inevitably have a significant impact not only on production but also on tax revenue,” said Penna Urrila, the chief economist at EK.

EK added that the long-term effects of the strikes are compounded by the fact that it will be all but impossible for the companies to recoup the losses and that shutting and re-starting production is a days-long process for many of the companies targeted by the strikes.

Jyri Häkämies, the chairperson of EK, questioned why trade unions are seemingly intent on undermining the strong economic and employment growth witnessed following the adoption of the competitiveness pact, a tripartite labour market agreement to restore the cost-competitiveness of Finnish businesses.