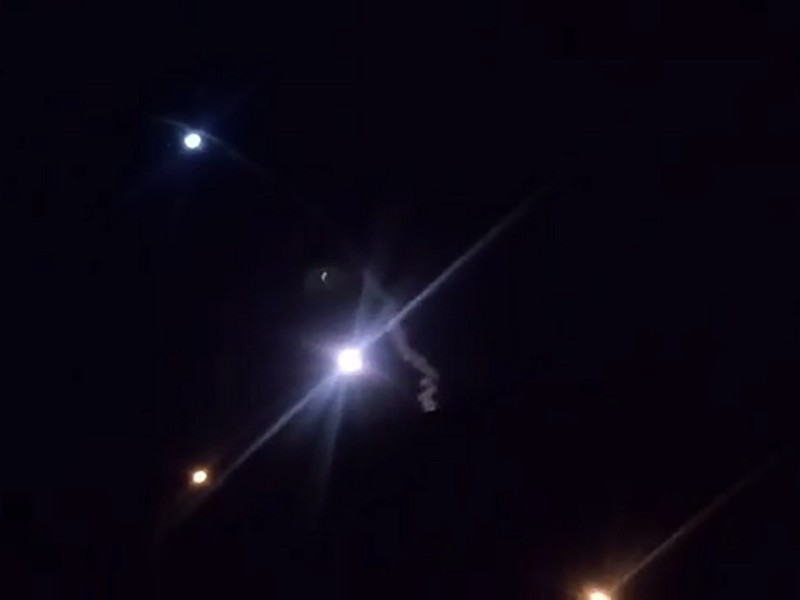 A still from a video shot by the Islamic Republic of Iran Broadcasting on 8 January 2020, allegedly showing rockets launched by Iran against an American airbase in Iraq. (Ho – AFP/Lehtikuva)

THE MISSILE STRIKE by Iran against US airbases in Iraq has prompted action also at the Finnish Defence Forces.

Iran on Wednesday morning launched almost two dozen ballistic missiles at the airbases in response to the assassination of Qassem Suleimani, the 62-year-old head of the security machinery in Iran, in Baghdad on 3 January by the United States.

The strikes were targeted at the al-Asad and Erbil airbases, the latter of which houses approximately 80 peacekeepers from Finland. The peacekeepers are part of an international operation to train, mentor and support Kurdish troops and operate under the Kurdistan Training Coordination Center (KTCC).

The Islamic Revolutionary Guard Corps, a branch of the Iranian Armed Forces, said the missiles hit 20 critical points, killing 80 and wounding 200 soldiers and destroying large quantities of military equipment, according to the Washington Post. US officials, however, said there were no initial reports of American casualties.

The Finnish Army provided an update of the situation of Finns in Erbil via Twitter on Wednesday.

“Relating to the strikes that took place in Iraq: Finnish peacekeepers have been reached and they are unharmed. The Finnish Army is monitoring the situation,” a military spokesperson wrote.

Helsingin Sanomat on Wednesday reported that the Finns were in bomb shelters at the time of the attack.