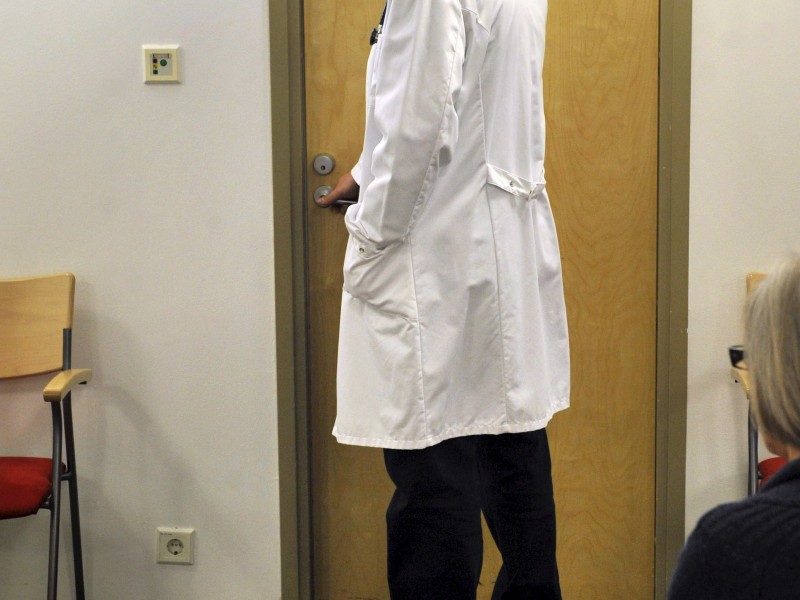 A patient in a waiting room in Helsinki. (Vesa Moilanen – Lehtikuva)

THE DISTRICT COURT of Helsinki has sentenced a couple to more than two years in prison for fraudulently obtaining social security benefits from the City of Helsinki, City of Vantaa and Social Insurance Institution of Finland (Kela).

The couple obtained over 100,000 euros in benefits by pretending that the father and daughter of the family were blind, according to a report published by Helsingin Sanomat on Friday.

She eventually pretended to have a vision impairment for four years at school and doctor’s appointments.

The long-running benefit fraud was not exposed until the 19-year-old daughter stated to a doctor that her vision is not impaired and that the issue should be reported to Kela.

The District Court of Helsinki on Friday found both of her parents guilty of numerous counts of fraud, aggravated fraud and coercion, sentencing them to more than two years in prison.

Helsingin Sanomat on Friday also reported that both the father and daughter had been subjected to a variety of vision tests and that the test results did not substantiate their claims of vision loss. The tests, however, also revealed minor changes in the retina, leading the doctors to believe the accounts of the patients.

Tero Kivelä, a professor of ophthalmology at the University of Helsinki, told the newspaper that experienced physicians, neurologists and ophthalmologists should usually have no difficulty detecting patients who are pretending to have a vision impairment.

“Patients may say they’re blind but walk straight out the door after the appointment,” he explained to Helsingin Sanomat.