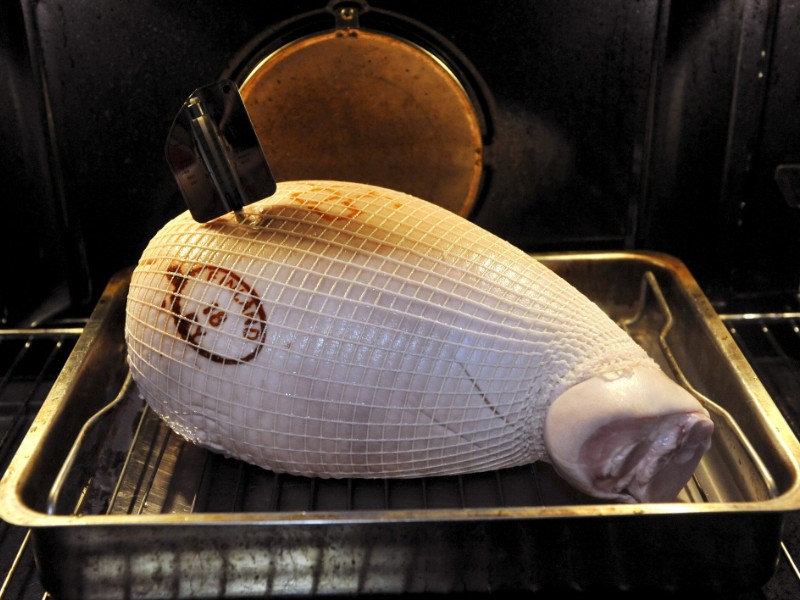 Oven-baked ham is the cause of many Christmas-related injuries in Finland, tells Finnish P&C Insurance. (Timo Jaakonaho – Lehtikuva)

ALTHOUGH CHRISTMAS is no more accident-prone than any other time of the year, many of the accidents that do occur are characteristic of the holiday season, tells Finnish P&C Insurance.

The Finnish insurance company said the majority of holiday accidents are related to oven-baked ham, with insurance holders regularly filing claims for burns and injuries suffered while baking ham or taking it out of the oven.

Finns have even filed claims after ending up in hospital for over-indulging in the seasonal trait.

The season also brings about a spike in claims for injuries caused by slipping in cemeteries and outside churches. Finnish P&C Insurance said even Santa Clauses, who one would imagine are accustomed to the slippery conditions, have sought compensation for slip-and-fall injuries.

While most people are already aware of the risks of candles, many people forget that also electric candles can cause fires due to overheating and short circuit.

Many Finns also re-discover their love for outdoor activities such as sledding and skiing, perhaps after eating too much ham, which is also evident in insurance claims. The exercise and sports equipment received as gifts can cause injuries in the hands of inexperienced but festive and over-excited users, reminds Finnish P&C Insurance.

Another major reason for accidents is the busy nature of the holiday season. The odds of having a fender-bender on the parking space of a supermarket or department store, for example, go up considerably.