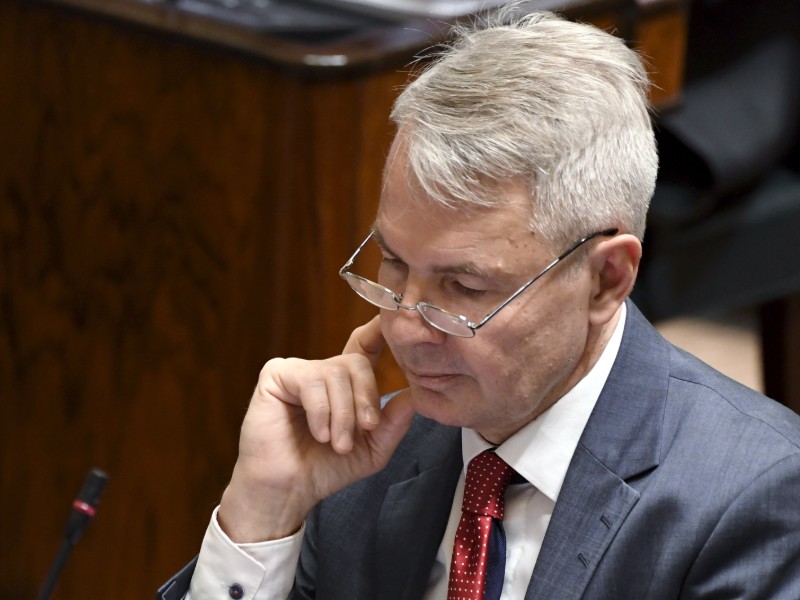 Minister for Foreign Affairs Pekka Haavisto (Greens) says Finland is a country where choices made by parents do not become a burden for their children. (Vesa Moilanen – Lehtikuva)

PEKKA HAAVISTO (Greens), the Minister for Foreign Affairs, has revealed the government was briefed about the situation of the two children who were recently transported from al-Hol, Syria, to Finland on Monday, 16 December.

“We were talking about the principles and, at the same time, someone somewhere was dependent on our help,” he said in a holiday greeting published on social media on Christmas Eve.

The two under seven-year-old orphans were handed over from Kurdish to Finnish authorities in Qamishli, Syria, and transported via Erbil, Iraq, to Finland during the course of Saturday, 21 December, according to Helsingin Sanomat.

“They don’t know and they don’t need to know what their home country has done for them. They’re Finns, and Finland has once again taken care of its own,” Haavisto stated on Tuesday.

“Somewhere are the officials who were ready to embark on a dangerous journey to help them. Maybe they had children of their own, roughly the same age. I don’t know. Maybe they simply were able to think about the distress of the children and how it feels for children to wait, wait and wait. And somewhere is the official who had looked for right-size winter overalls, woolly hats and mittens.”

Finland, he added, is a country where choices made by parents do not become a burden for the children, that guarantees education and health care to everyone, and where shop cashiers can become prime minister.