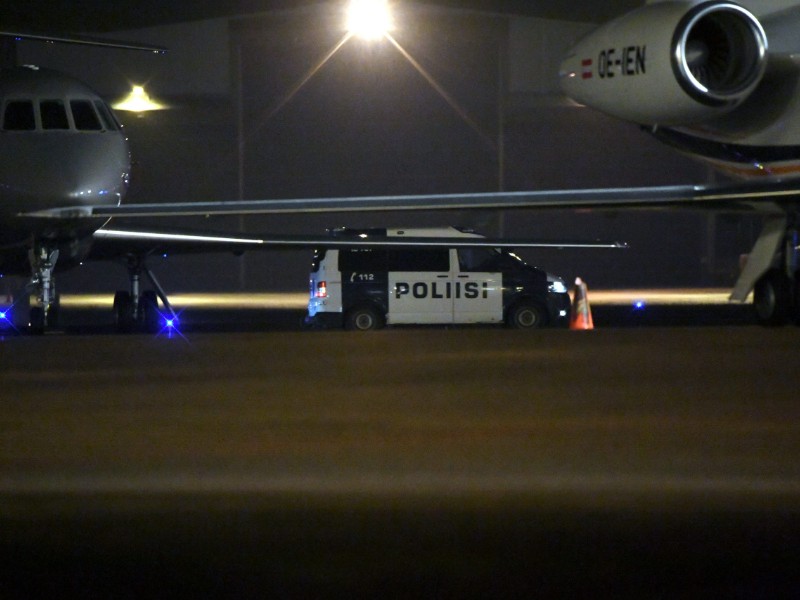 A police van parked on the apron at Helsinki Airport in Vantaa, Finland, on 21 December 2019. (Jussi Nukari – Lehtikuva)

TWO FINNISH CHILDREN have been brought back to Finland from al-Hol, Syria, reports Helsingin Sanomat.

Information obtained by the newspaper indicates that the two children were handed over from Kurdish to Finnish authorities in Qamishli, Syria, and transported by the Finnish delegation to Erbil, Iraq, during the course of Saturday.

Their aircraft touched down at Helsinki Airport late on Saturday, according to a tweet by a spokesperson at Eastern Uusimaa Police Department. The children were handed over to social and health care authorities after their arrival in Finland.

Helsingin Sanomat on Sunday also wrote that the children are both under seven years old and are believed to have lost their Finnish mother in Syria.

Authorities on Saturday held a press conference to provide slightly more information about the evacuation operation.

“The children were in a vulnerable position. I can’t disclose further details, because we’re talking about private individuals,” commented Pekka Puustinen, a state under-secretary at the Ministry for Foreign Affairs. “The repatriation has gone well, but no details will be disclosed to protect the safety and privacy of the children.”

“Around 30 Finns remain at the camp, and the preparatory work to help them is continuing,” he added.

Kirsi Varhila, a department head at the Ministry for Social of Social Affairs and Health, said the priority of authorities is now to safeguard the development and well-being of the children after possibly very traumatising experiences in Syria. Finnish authorities, she added, have experience of receiving children from similar situations, such as from war-ridden regions.

“Child welfare authorities have the expertise to see to that the children’s lives develop in a positive direction in Finland. The first priority is to examine their health and overall well-being, and evaluate the need for therapy if the children have endured bad trauma,” said Varhila.