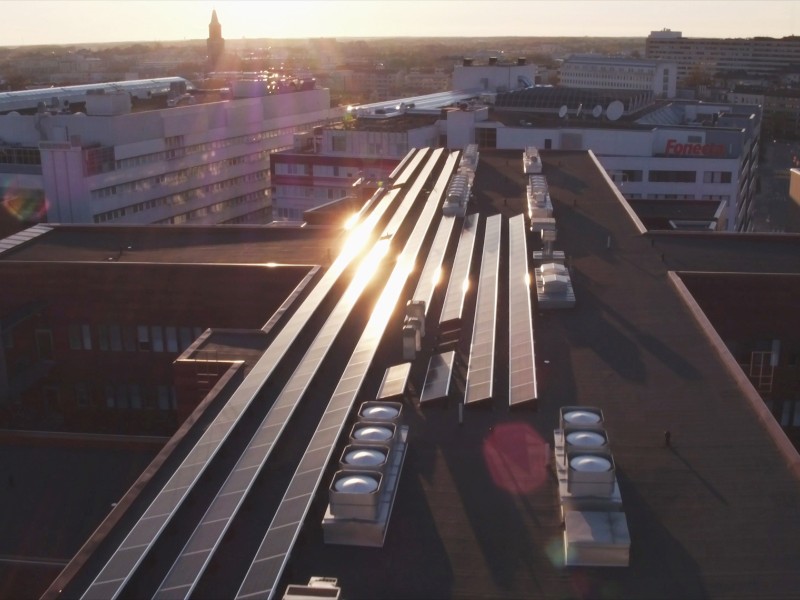 Almost 90 per cent of Finns are of the opinion that solar power production should be increased in Finland, finds a survey commissioned by Finnish Energy. (Handout – Turku Energia)

THE ATTITUDES of Finns towards the climate crisis have changed in the wrong direction, indicates a survey commissioned by Finnish Energy.

Finnish Energy on Wednesday reported that the share of respondents who fully agree with the statement that climate change is real and poses an extremely serious threat that should be fought worldwide with all possible means has decreased from 62 per cent in 2018 to 46 per cent in 2019.

Only 10 per cent, by contrast, said they disagree fully or partly with the statement.

“The responses reflect the fact that it is an election year,” analysed Jukka Leskelä, the managing director of Finnish Energy. “It is somewhat frustrating that so many people in a country of high education continue to not believe in unequivocal scientific results.”

Leskelä highlighted that an additional 33 per cent of respondents expressed their partial agreement with the statement, indicating that most members of the public continue to take the crisis seriously.

This, he added, is evident also in their responses to other questions. “People want more investments in the sun, wind and water as energy sources. The same is also reflected in the record-high level of support for nuclear power.”

“It appears that although the number of people who are critical of climate change has increased, climate knowledge has deepened and the emissions-free nuclear power is perceived as a feasible way to fight climate change,” said Leskelä.

Finnish Energy also enquired the public about their readiness to pay a higher price for energy in order to reduce the environmental impact of energy use: over a third (37%) of respondents indicated their willingness to pay more, representing a jump of 12 percentage points from the previous year.