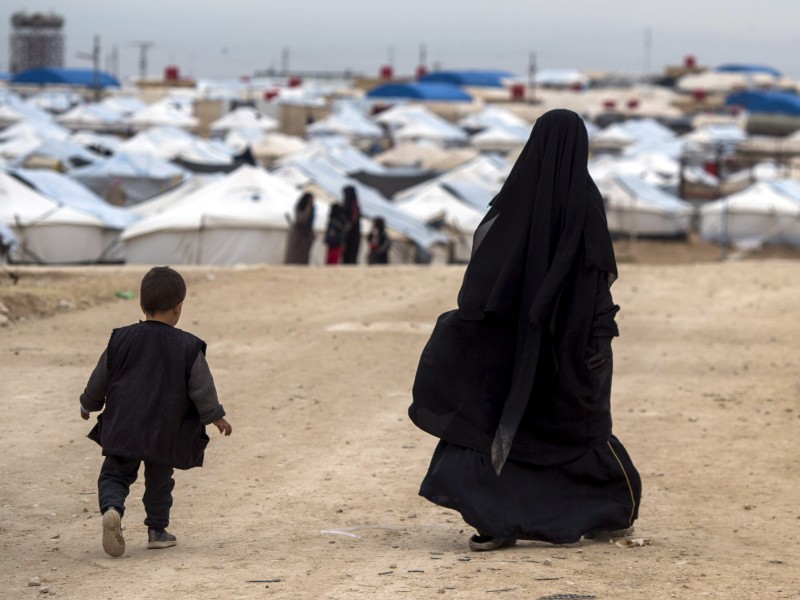 A woman and child walk toward rows of tents at al-Hawl, a detention camp for the women and children of the so-called Islamic State (IS) in Syria. (Fadel Senna – AFP/Lehtikuva)

FINNISH AUTHORITIES have begun an operation to evacuate two Finnish orphans from al-Hawl, a detention camp for the women and children of terror suspects in Syria, reports Helsingin Sanomat.

Information obtained by the newspaper indicates that authorities picked up the children from the camp and moved them to Qamishli, a city on the border between Syria and Turkey, on Tuesday and further to Iraq on Wednesday.

The information was confirmed to the newspaper by a representative of the de-facto administration of North and East Syria.

The children will return later to Finland.

The concrete operation began only two days after the government unveiled its long-awaited guidelines for the repatriations of Finnish nationals at al-Hawl. It declared that the children should be repatriated as soon as possible but that authorities will decide on a case-by-case basis, while prioritising the interests of the child, whether also their mothers should be brought back to Finland.

It has been estimated that the detention camp houses roughly 10 Finnish women and 30 children.