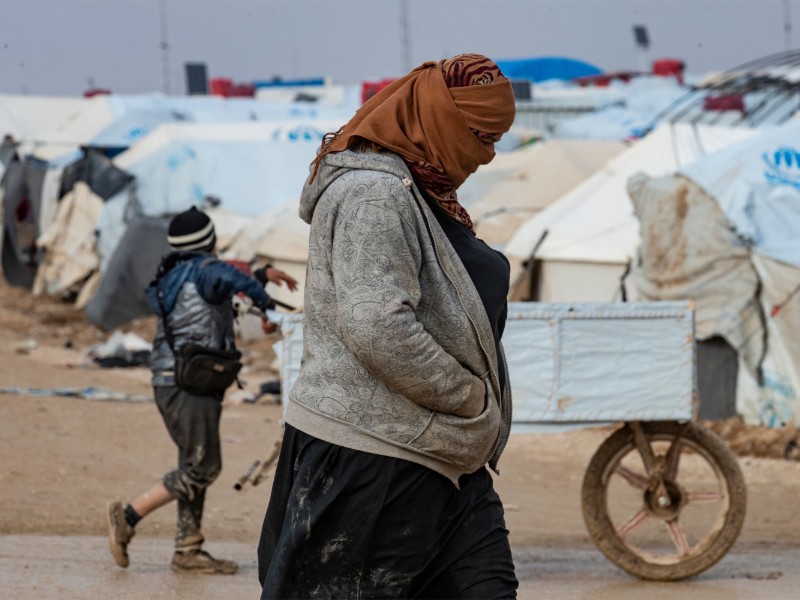 A women walking at al-Hol, a Kurdish-controlled detention camp for the displaced families of the so-called Islamic State (IS), in Syria on 8 December 2019. (Delil Souleiman – AFP/Lehtikuva)

OLLI-POIKA PARVIAINEN, the state secretary of Minister of the Interior Maria Ohisalo (Greens), has reminded that it is an offence to leak classified information on the effort to bring Finnish nationals from al-Hol, Syria, to Finland.

Finnish news outlets have in recent days written exhaustively about the preparations made by authorities, citing documents related to, for example, the operations of the Ministry for Foreign Affairs.

Parviainen, a former Member of the Finnish Parliament from Pirkanmaa, expressed his concern about the information leaks on Twitter on Thursday.

“Judging by the information available in the public and news reports on al-Hol, classified information and confidential preparatory material have been repeatedly leaked from the central administration,” he stated.

“That’s a crime that, at worst, endangers national security and people’s health.”

His concern was echoed by Mikko Kärnä (Centre), a Member of the Parliament from Lapland: “It’s very alarming that classified material is being purposefully leaked by several officials.”

YLE on Wednesday wrote that the Ministry for Foreign Affairs has devised a plan to bring all willing Finns from al-Hol to Finland. The detainees would be brought back on a charter flight from Erbil, Iraq, to Helsinki Airport.

Its report was based on a document updated on 21 November and signed by National Police Commissioner Seppo Kolehmainen.

The Ministry for Foreign Affairs, the document indicates, has appointed a task force to devise a plan to safeguard the personal safety and basic rights of Finnish children in camps in Syria in accordance with the constitution, international treaties, the act on consular services and other pieces of legislation.

The National Police Board commented on the issue briefly in a press release issued yesterday evening, saying it has drawn up a contingency plan over the past several months for the eventuality that people return from al-Hol to Finland. The document obtained by the public broadcaster, it added, is confidential and related to the police's own preparations.

Its focus has been particularly on safeguarding internal security, according to the press release.

“The police is responsible for tackling all kinds of possible security threats caused by the returns in Finland, be they about the returnees, their family and friends or other actors,” underlined Kolehmainen.