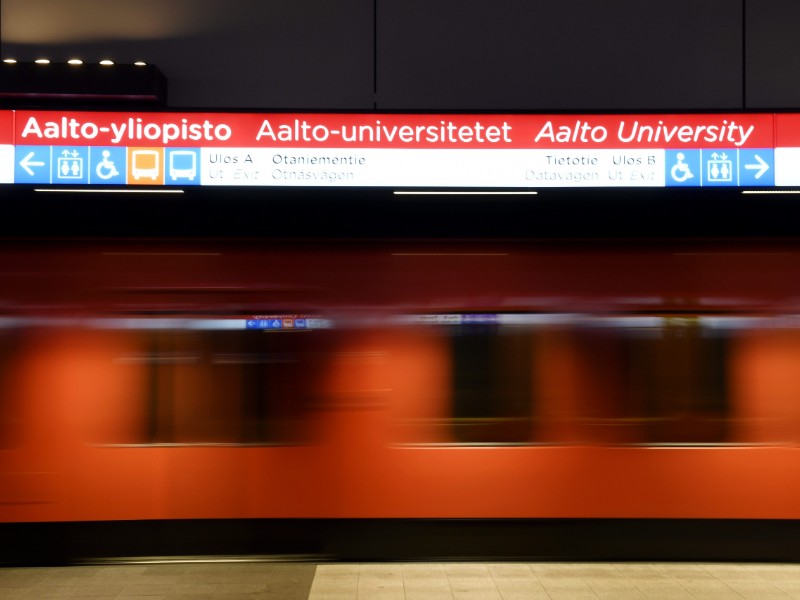 Public transport made up 22 per cent of journeys made in Greater Helsinki in 2018, shows a new study. (Antti Aimo-Koivisto – Lehtikuva)

THE MOBILITY HABITS of Finns in the capital region have remained largely unchanged despite the number of newly completed transport infrastructure projects and newly introduced mobility apps and services, reports Helsingin Sanomat.

Its report is based on a study conducted collaboratively by municipalities in and around Greater Helsinki and Helsinki Region Transport (HSL).

The study found that public transport services accounted for 22 per cent of journeys made by the region’s residents in 2018, representing no significant change from the 24 per cent reported in 2012. Cars, meanwhile, were used to make 39 per cent of the journeys, instead of the 40 per cent reported six years earlier.

The authors of the study said the lack of changes in the relative use of cars and public transport is surprising in light of how much the mobility environment has developed over the six-year period.

“What is this an indication of?” they asked in the research report.

“Perhaps mostly of the slow rate of change in the region-wide urban structure, which has a pronounced impact on mobility habits. The mobility habits of people generally also change slowly. Mobility is founded largely on habits and routines: daily journeys repeat themselves mostly unchanged, and people have chosen a suitable mode of transport for these journeys and their own needs and resources.”

The habits do, however, vary depending on place of residence.

Respondents from Helsinki also reported that sustainable modes of transport – cycling, walking and public transport – made up almost three-quarters (74%) of their journeys, compared to slightly over half in Vantaa (54%) and Espoo (53%).

The share of respondents who reported they used a car daily or almost daily, meanwhile, stood at only 24 per cent in Helsinki, but at 47 per cent in Espoo, 50 per cent in Vantaa and 72 per cent in Nurmijärvi.

Helsingin Sanomat on Monday drew attention to another interesting takeaway from the study.

In Espoo, the use of public transport services has yet to increase following the long-awaited commencement of services on the West Metro in November 2017. Public transport, the newspaper highlighted, accounted for 28 per cent of journeys made by car or public transport in 2018, signalling a drop of three percentage points from 2012.

The West Metro is an eight-station trunk line between Ruoholahti, Helsinki, and Matinkylä, Espoo.

The finding is not surprising in light of the criticism levelled by local residents at the slowness and routing of feeder bus services to metro stations, according to Helsingin Sanomat.

“The current situation is unsatisfactory,” conceded Olli Isotalo, the head of technical and environment services at the City of Espoo. “Feeder buses’ routes to Matinkylä are too long, and the transfers aren't working smoothly.”