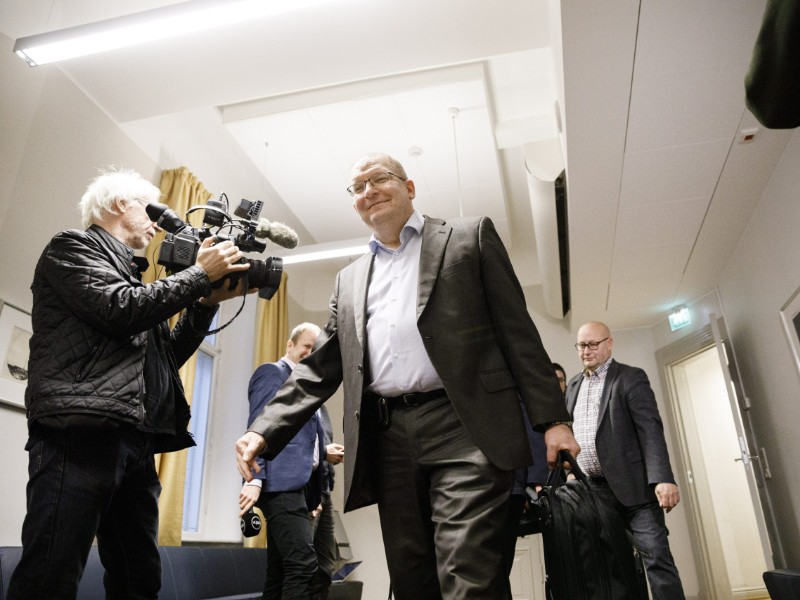 Riku Aalto, the chairperson of the Industrial Union, says there are currently no pre-conditions for resuming collective bargaining talks with the Technology Industries of Finland. (Seppo Samuli – Lehtikuva)

A VARIETY of Finnish industries will be affected by a series of strikes starting on Monday, 9 December.

The Office of the National Conciliator on Thursday tweeted that it has suspended its attempts to resolve the labour dispute that was expected to set the tone for this round of collective bargaining negotiations – the dispute between the Industrial Union and Technology Industries of Finland.

The Industrial Union, Trade Union Pro and Delegation of Professional and Managerial Employees (YTN) are all set to launch three-day strikes at technology industry workplaces on 9 December. The Industrial Union turned down the latest settlement proposal last Monday, on 2 December.

The threat of strikes is looming large also over the chemicals and mechanical forest industry, bringing a number of key export-oriented businesses within the scope of the strikes.

The Technology Industries of Finland has estimated that a total of 60,000 employees at 200 workplaces will participate in the strike, causing losses of production worth hundreds of millions of euros during the three-day strike.

The Chemical Industry Federation of Finland has estimated that the three-day strike will cause revenue and production losses of roughly 160 million euros in the chemical industry.

The Finnish Forest Industry has reported that the strike would dent export revenues by roughly 30 million euros in the mechanical forest industry.

Riku Aalto, the chairperson of the Industrial Union, on Thursday stated that the collective bargaining negotiations have shown that the preconditions for continuing the conciliation are currently non-existent.

“What we’re not satisfied with is the level of wage increases, because the [proposed] general increase of 0.5 per cent for the first year would mean roughly 13 euros a month based on our mean wages,” he said.

The settlement proposal also included a general increase of 0.6 per cent and an employer and workplace-specific increase of 0.5 per cent for the second year of the collective bargaining agreement. The increases were deemed insufficient as they would not boost the purchasing power of members of the Industrial Union, according to Aalto.

The Technology Industries of Finland, by contrast, is searching for ways to improve the cost-competitiveness of technology businesses and viewed that the rejected proposal would have only done so moderately.

Aalto on Thursday argued that the goals are not mutually exclusive.

“A solution that improves cost competitiveness relative to other [countries] is achievable while boosting the purchasing power of our members, if we look at what kind of increases have been adopted in our rival countries,” he said, reminding that the wage increases in neighbouring countries have ranged from two to three per cent.

“You can’t justify demanding that we only get 0.5 per cent, while our neighbours are getting two to three per cent a year,” he said.