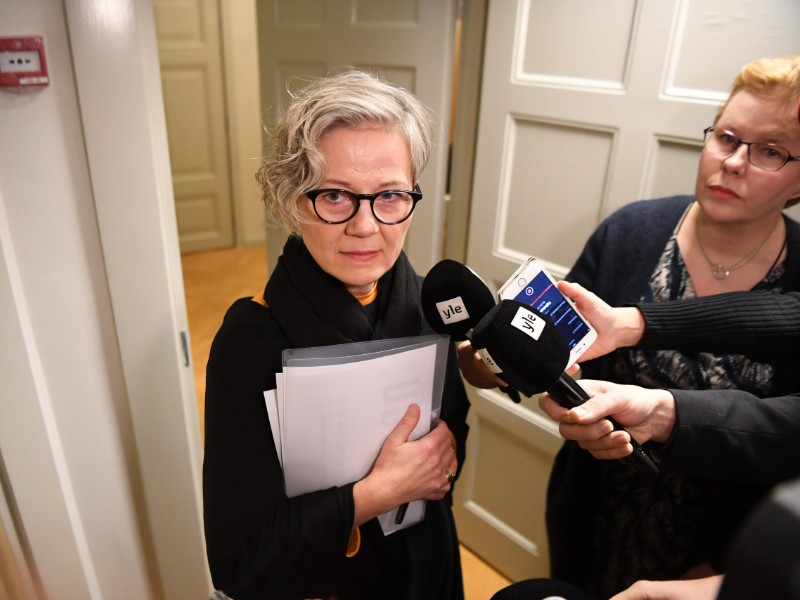 After facilitating a settlement in the postal sector, National Conciliator Vuokko Piekkala will turn her attention to collective bargaining talks in the chemical, technology and mechanical forest industries. (Jussi Nukari – Lehtikuva)

THE OFFICE of the National Conciliator will remain busy despite the agreement found yesterday on the terms and conditions of employment of parcel-sorting employees at Posti.

National Conciliator Vuokko Piekkala will look to facilitate striking a balance between employer and employee interests in the chemical industry on Thursday, in the technology sector on Friday and in the mechanical forest industry on Saturday.

Minna Etu-Seppälä, the head of labour market affairs at the Chemical Industry Federation of Finland, on Thursday expressed her disappointment with the lack of attention paid to employers’ cost competitiveness by the Industrial Union.

“Has the common cause been forgotten?” she asked.

The Industrial Union, she lamented, has adopted a very uncompromising stance on the 24 hours added to annual working time under the much-discussed and maligned competitiveness pact.

The Industrial Union has declared that roughly 35,000 of its members at 180 workplaces across the country will go on strike between 9 and 11 December.

“It is very regrettable that we have to resort to such harsh measures, but nothing else seems to be working. We had to break off our negotiations in the technology industry on Sunday, because the employer showed a complete lack of willingness to find an agreement,” said Riku Aalto, the chairperson of the Industrial Union.

The three-day strike will create production and revenue losses of 160 million euros for companies in the chemical industry, according to Etu-Seppälä. The costs will begin to mount even before the strike starts, as some production facilities have to begin winding down their processes as soon as next week.

Tempers have frayed also elsewhere during the ongoing round of collective bargaining negotiations.

Finnish Forest Industries on Wednesday announced it will implement a lockout at almost three dozen sawmills and plywood factories in a bid to nudge forward its negotiations with the Industrial Union.

“The Industrial Union has with its actions demonstrated a complete unwillingness to agree on new terms and conditions of employment. The lockout, as an industrial action, is comparable to a strike and our attempt to resume the negotiations,” explained Jyrki Hollmén, the head of labour market affairs at Finnish Forest Industries.

The lockout will be in effect at the production facilities of Metsä Group, Pölkky, Stora Enso and UPM across Finland.

Aalto, by contrast, has shifted the blame to the employers, claiming that their demands have been “completely unreasonable” and would reduce the income levels of employees by almost 20 per cent.

“Does the industry’s global competitiveness really necessitate these kinds of chilling cuts in the income levels of Finnish earners?” he asked.