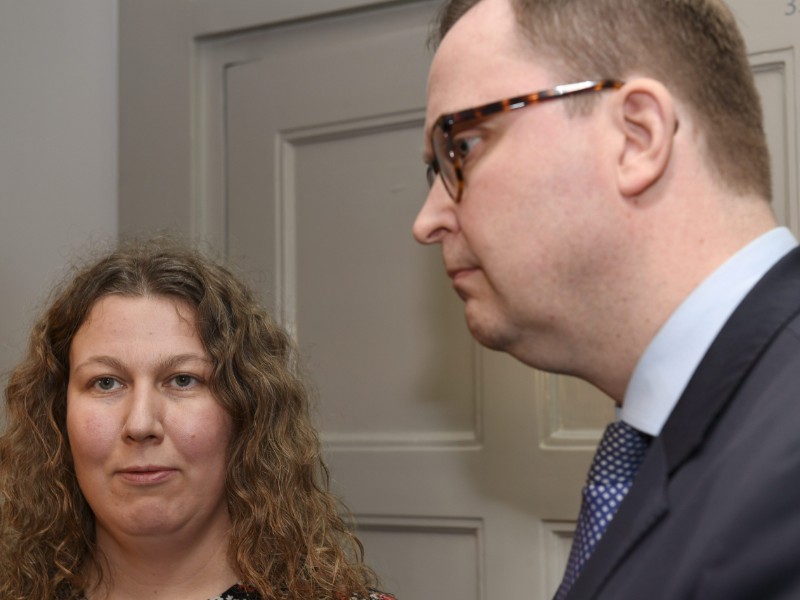 Heidi Nieminen of PAU (left) and Tuomas Aarto of Palta (right) at the office of the National Conciliator in Helsinki on Tuesday, 26 November. (Heikki Saukkomaa – Lehtikuva)

AN AGREEMENT has been found on the terms and conditions of parcel-sorting employees at Posti, the Finnish state-owned postal services provider.

National Conciliator Vuokko Piekkala on Wednesday stated that the agreement will put an immediate stop to the strikes and other industrial actions launched by and in support of the Finnish Post and Logistics Union (PAU).

PAU confirmed that it is instructing its members to return to work starting with their next shift.

The Trade Union for the Public and Welfare Sectors (JHL), the Finnish Aviation Union (IAU) and Transport Workers’ Union (AKT) all similarly said they will end their sympathy strikes as soon as possible.

PAU and Service Sector Employers (Palta) agreed yesterday that the 700 parcel-sorting employees will be moved, as proposed, from Posti to Posti Palvelut, which in exchange has partly relinquished its membership in Finnmedia. The employees will therefore remain under the coverage of the collective bargaining agreement between PAU and Palta, rather than that between Finnmedia and the Finnish Industrial Union.

“This is truly a great thing,” said Tuomas Aarto, the chairperson at Palta.

He reiterated that the employer was not looking specifically to reduce wages but to increase the flexibility of parcel-related operations.

“Our real collective bargaining agreement contains different types of new elements, such as increased flexibilities in shift planning,” said Aarto. “The competitiveness pact will also remain part of our agreement and the level of wage hikes will be tied to the level in [the export sector].

Heidi Nieminen, the chairperson at PAU, said she is satisfied with the agreement, highlighting that it is not markedly different from the settlement proposal presented by an expert task force last weekend.

PAU, she underlined, sought principally to secure the earnings of its members. “This wasn’t a win of principle for me.”