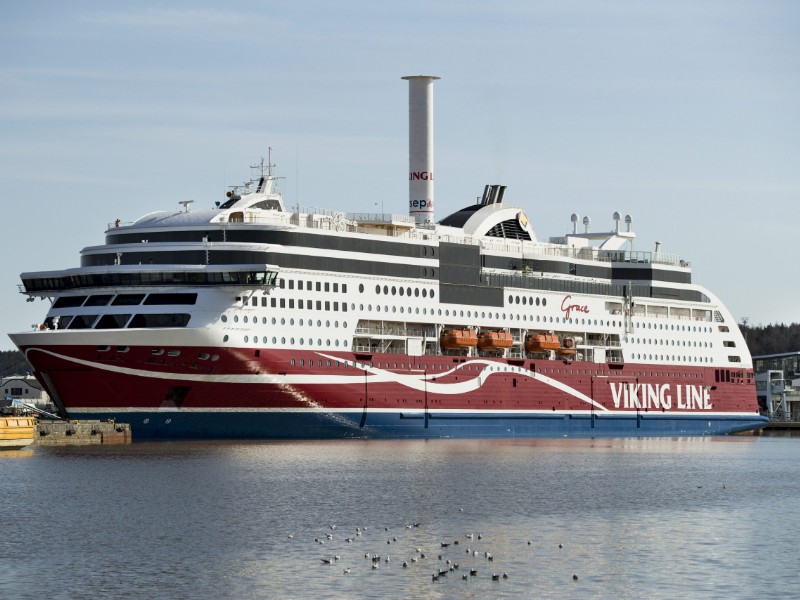 Viking Line on Sunday announced several of its cruise ships will stay docked due to a strike staged by the Finnish Seafarers’ Union (SMU). (Roni Lehti – Lehtikuva)

FINLAND is feeling the brunt of the series of sympathy strikes staged in connection with the long-running dispute over the terms and conditions of 700 parcel-sorting employees at Posti, the Finnish state-owned postal services provider.

Finnair on Sunday announced it has cancelled more than 250 of its 377 flights scheduled for Monday.

“We’ll try to operate 120 of our flights on Monday, but it’s possible that they’ll be delayed or some of them have to be cancelled,” Päivyt Tallqvist, the head of communications at Finnair, was quoted as saying by Helsingin Sanomat.

The cancellations and delays are caused by a one-day sympathy strike launched by the Finnish Aviation Union (IAU). The strike is expected disrupt catering, customer service and ground-handling functions at airports across the country, including Helsinki Airport.

Jaakko Schildt, the chief operating officer at Finnair, said the strike will thereby have an impact on the travel plans of tens of thousands of people.

The Finnish Seafarers’ Union (SMU) expanded the strike it launched in support of the Finnish Post and Logistics Union (PAU) on Monday, effectively leaving all vessels that arrived in the country after 6am sailing under the Finnish flag on their moorings.

“With these large-scale sympathy strikes, the Seafarers’ Union is not only endangering Finnish foreign trade, but also the future of the Finnish flag on our vessels,” confirmed Hans Ahlström, deputy managing director at the Finnish Shipowners’ Association.

The strike will also have an impact on cruise ships on Monday.

“We will start contacting our passengers,” stated a spokesperson for Tallink Silja, an Estonian company operating ferries and cruise ships between Finland, Estonia and Sweden. “We will strive to offer passengers alternatives to the trips they have booked. Passengers are able to re-schedule and cancel the trips called off due to the strike without any changing fees.”

Strikes by the Transport Workers’ Union (AKT) and Trade Union for the Public and Welfare Sectors (JHL), in turn, have severely disrupted bus services in the capital region since this morning.