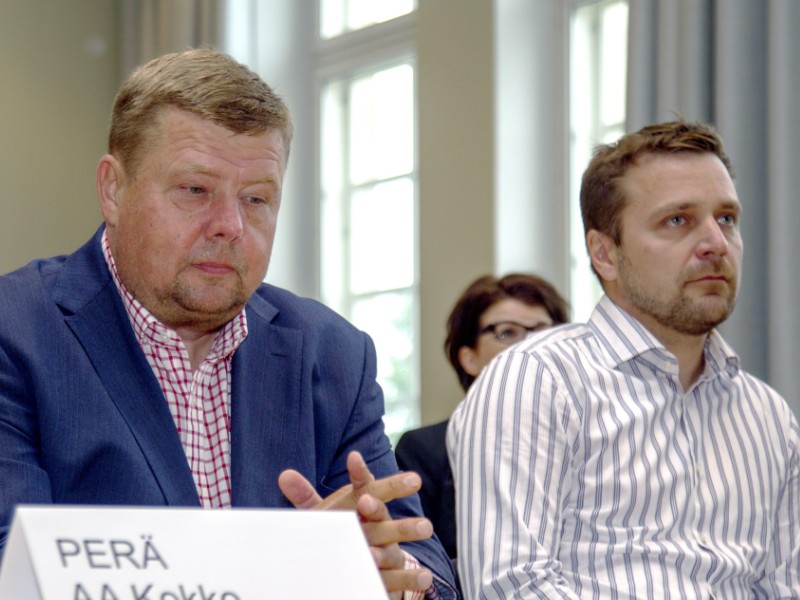 Pekka Perä and Lassi Lammassaari of Talvivaara attending a hearing at the District Court of Kainuu in Kajaani on 4 August 2015. (Kimmo Rauatmaa – Lehtikuva)

THE SUPREME COURT of Finland (KKO) has upheld the sentences handed down to Pekka Perä and Lassi Lammassaari of Talvivaara, a now-defunct miner based in Sotkamo, Eastern Finland.

Perä, a former chief executive and board chairperson at Talvivaara, was handed a six-month suspended prison sentence for aggravated impairment of the environment by the Rovaniemi Court of Appeal in March 2018.

Lammassaari, an ex-chief operating officer at the zinc and nickel miner, was issued a 60-day fine for impairment of the environment.

KKO had granted the defendants limited leave to appeal against the interpretation of the law by the Rovaniemi Court of Appeal. The question, essentially, was whether the elements of impairment of the environment are met in circumstances where environmentally harmful substances in the wastewater effluent vastly exceeded the levels estimated in the environmental permit application, which sets no specific limits for the substances.

The court ruled that the information on emissions presented in the summary of the permit application was part of the permit and, thereby, the permit conditions referred to in the section on impairment of the environment.

Perä and Lammassaari were consequently deemed to have released harmful substances into the environment without a permit required by law.

The zinc and nickel mine released wastewater with high concentrations of sodium, sulphate and manganese into the environment, causing widespread damage in the waterways surrounding the mine. Its water management problems were related to the gypsum sediment pond that overflowed repeatedly due to rains and meltwater.

The University of Helsinki reported more than two years ago that emissions from the mines have transformed nearby lakes into stratified pools of saltwater with all but lifeless bottoms.

“The diversity of species has collapsed and the algal populations characteristic of forest lakes have been replaced with species that thrive in brackish water,” commented Jan Weckström, a member of the research group at the University of Helsinki.

The mine is currently owned and operated by Terrafame, a state-owned special purpose company. Also its wastewaters have caused oxygen depletion and altered organisms in Lake Nuasjärvi, according to another study by the University of Helsinki.