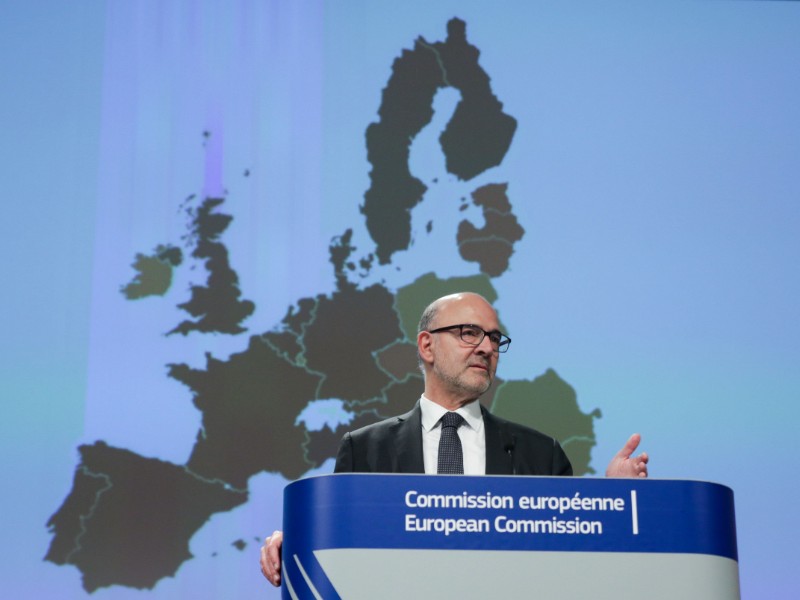 Pierre Moscovici, the European Commissioner for Economic and Financial Affairs, Taxation and Customs, gestures while presenting the commission’s latest economic forecasts in a press conference in Brussels on 7 November, 2019. (Aris Oikonomou – AFP/Lehtikuva)

FINLAND is one of a handful of countries at risk of being non-compliant with the growth and stability pact of the European Union in 2020, warns the European Commission.

The European Commission on Wednesday issued its comments on the budgets of eurozone countries for next year, warning the Finnish government that its spending increases will jeopardise its medium-term fiscal goals.

It drew attention to the same issue in its biannual economic forecast ealier in November. While the Finnish government’s spending increases in areas such as education, social security, health care and infrastructure, it said, would be partially funded by revenue-increasing measures, they would inevitably lead to a substantial increase in expenditure.

“Overall, the discretionary fiscal measures leave a substantial gap between expenditure and revenues, resulting in a growing deficit,” its forecast read.

The European Commission said Finland’s structural budget balance is expected to deteriorate by 0.5 percentage points to -1.5 per cent of gross domestic product in 2019 and remain around that level in 2020–2021.

The current economic situation is generally stable, according to the European Commission. For the first time since 2002, not a single eurozone country is under the so-called excessive deficit procedure, which enables the commission to issue warnings and sanctions, such as fines, to member states that repeatedly fail to address their budget deficits.

The European Commission on Wednesday also commended Germany and the Netherlands for increasing spending and reducing their ample budget surpluses, but stressed that the increases should be regarded as only the beginning. Germany, in particular, has been urged to increase spending, especially after eurozone growth began to slow down.

“There’s much more space than what has been done. That’s why we’re calling this only the beginning,” said Pierre Moscovici, the European Commissioner for Economic and Financial Affairs.

Both Germany and the Netherlands on Tuesday insisted that their fiscal policies are already rather expansionary.

“We have quite an expansionary budget already and you’ve also heard about our objective to come up with an investment fund, which is meant to address structural issues in the Dutch economy,” Wopke Hoekstra, the Dutch Minister of Finance, was quoted as saying by Reuters.