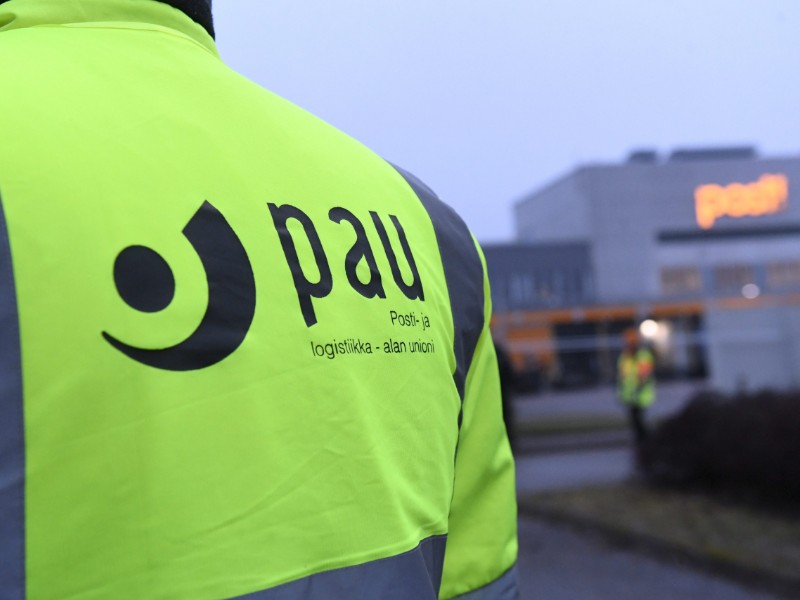 A strike picket was photographed outside the logistics centre of Posti in Vantaa on Monday, 11 November 2019. (Vesa Moilanen – Lehtikuva)

POSTI, the Finnish state-owned postal services provider, says it has presented the government’s ownership steering department with a report on its use of agency workers during the ongoing strike staged by the Finnish Post and Logistics Union (PAU).

“We understand well the minister’s position that a state-owned company should not use agency workers to break strikes,” told Turkka Kuusisto, the acting chief executive at Posti.

“Posti is committed to seeing to this. We have agreed with the ownership steering department that Posti will not exceed the previously reported number of agency workers because of the strike,” he added.

Sirpa Paatero (SDP), the Minister of Local Government and Ownership Steering, on Thursday proclaimed that the government will not approve of the use of strikebreakers under any circumstances. PAU had accused the state-owned company of using agency workers to perform duties covered by the weeks-long strike.

“You must refrain from using agency workers,” Paatero said on YLE TV1 on Wednesday.

Her statement raised eyebrows among Posti and Service Sector Employers (Palta). Tuomas Aarto, the chairperson of Palta, stated that he has never heard anyone demand that a company shelve its regular agency workers for the duration of a strike.

“It’s just as unfounded to call them strikebreakers. The minister has mixed her apples and oranges,” he said.

Posti on Thursday promised to promote transparency by publishing daily the number of agency workers at its main sites: its logistics centres in Lieto and Vantaa, and sorting centre in Pasila, Helsinki. It has also reminded that agency workers are common at all postal and logistics companies and accounted for around 11 per cent of its daily workforce in October.

The company added that it has typically brought in roughly 3,000 agency workers to cope with the peak seasons around Black Friday and Christmas.