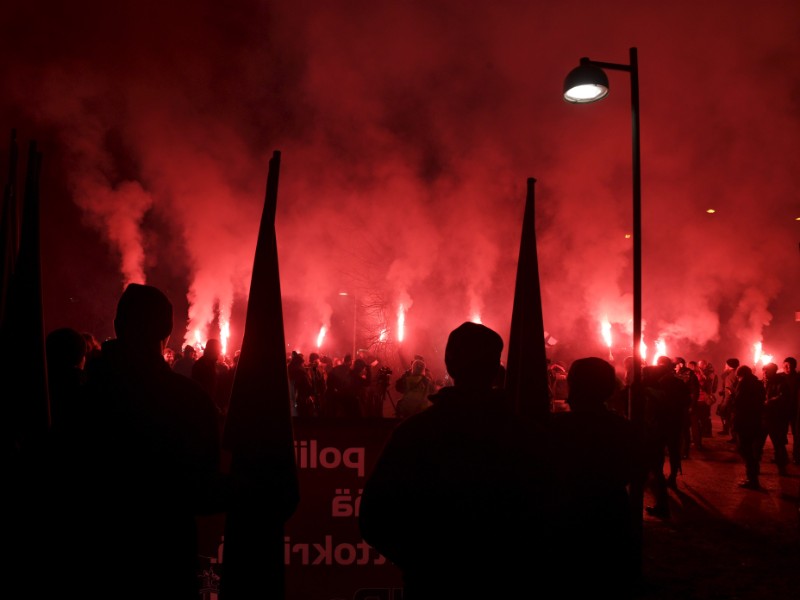 THE NORDIC RESISTANCE MOVEMENT is suspected of continuing its activities and thereby violating the provisional prohibition imposed on it by the Supreme Court of Finland, reveals the National Bureau of Investigation (KRP).

The neo-Nazi organisation is believed to have continued its activities under the name Kohti vapautta!.

KRP on Wednesday revealed that it launched a pre-trial investigation into the organisation more than six months ago. The case, it added, has since grown to include an offence that is believed to have taken place in connection with an event held in central Helsinki – at Stockmann and Narinkkatori Square – on Saturday, 9 November.

Its investigators are looking into whether the event represents the continuation of the activities of the Nordic Resistance Movement.

Helsinki Police Department on Monday reported that it has received a criminal complaint about the event, whose participants were reportedly exhibiting and handing out materials produced by Kohti vapautta!.

KRP said it opened its pre-trial investigation into the organisation following a request for inquiry from the National Police Board in April. The National Police Board, it said, suspected that the Nordic Resistance Movement has violated the provisional prohibition by continuing its activity on Vastarinta.com.