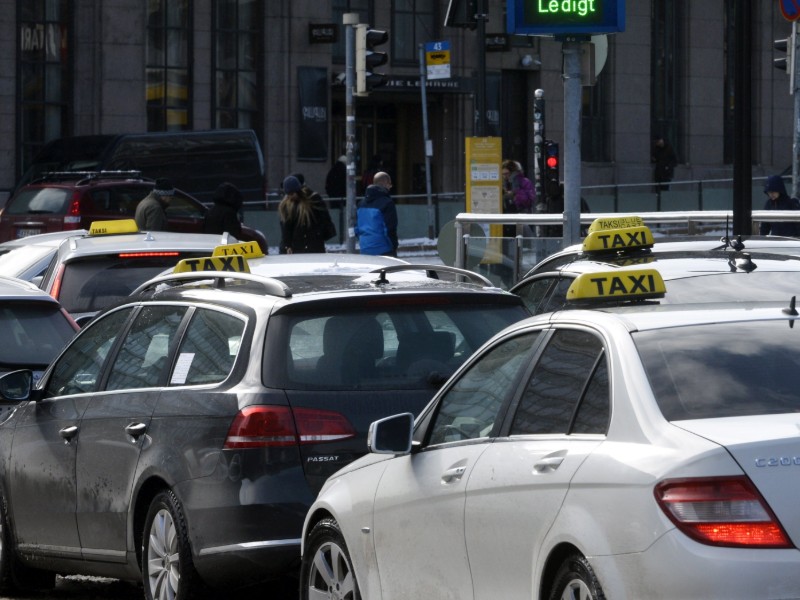 Finnish taxi operators have room for improvement especially in regards to the presentation of their contact information and the names of drivers to passengers. (Mesut Turan – Lehtikuva)

OFFICIALS from the Police of Finland, Finnish Tax Administration and Finnish Transport and Communications Agency (Traficom) found shortcomings in over 40 per cent of the 213 taxis inspected in Uusimaa, Southern Finland, between Friday and Saturday.

Only 59 per cent of the taxis passed the inspections with flying colours.

“Too many taxis continue to have shortcomings. We should get to a situation where it is rare to have to issue a notification for shortcomings,” stated Jarkko Lehtinen, a superintendent at Helsinki Police Department.

The inspections revealed shortcomings especially in regards to the visibility of the name of the driver and the name and contact information of the licence holder. The Finnish act on transport services stipulates that the information must be posted in the vehicle in a way that the passenger can see it clearly.

Issues were similarly detected in the presentation of price information in vehicles.

Helsinki Police Department on Saturday reported that the majority of the taxis had all the necessary licences, with the inspections finding only one unlicensed taxi operator and three drivers without a taxi driver's licence. Four of the vehicles inspected had additionally not been registered for use in an activity that is subject to licence.

The inspections were targeted at taxis carrying passengers in central Helsinki, especially at Railway Square, in Katajanokka, West Harbour, and Northern and Eastern Helsinki. Inspections were also carried out around Helsinki Airport and Myyrmäki and Tikkurila in Vantaa, and in Leppävaara, Matinkylä and Tapiola in Espoo.