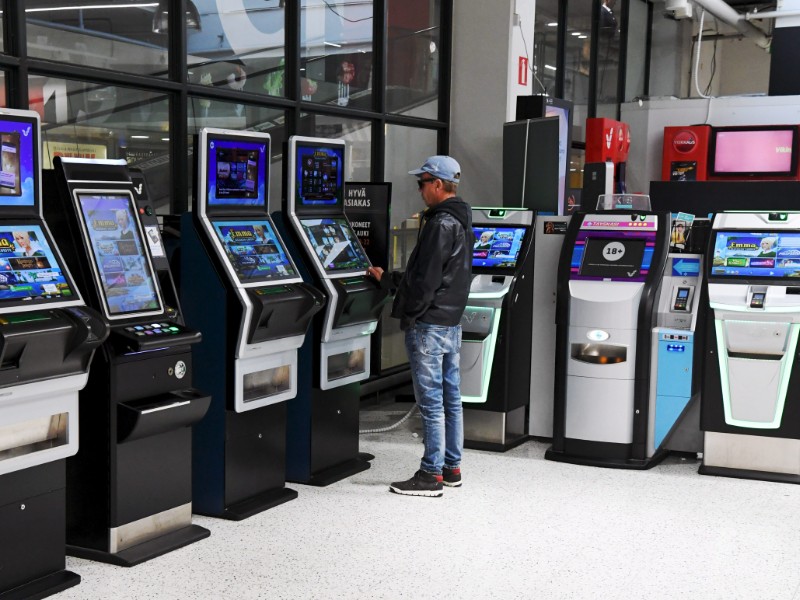 A few too many? Finnish state-owned gambling monopoly Veikkaus has promised to almost halve the number of slot machines located in public spaces such as supermarkets in the near future. (Jussi Nukari – Lehtikuva)

VEIKKAUS, the Finnish state-owned gambling monopoly, has announced it will reduce the number of slot machines located in public areas such as kiosks, supermarkets and service stations by considerably more than announced earlier this autumn.

Pekka Ilmivalta, the director of legal and administrative affairs at Veikkaus, on Thursday revealed that the number of slot machines will be cut from 18,500 to as low as 10,500 in the coming years.

Roughly 3,500 of the slot machines will be de-commissioned during the course of next year and the remaining roughly 4,500 over the next five years, according to YLE. Veikkaus had previously announced it intends to reduce the number of dispersed slot machines by approximately 3,000 to 15,500.

Olli Sarekoski, the chief executive at Veikkaus, explained that the state-owned company has sought to maintain its profitability in a situation in which its market share has decreased due to the digitalisation and internationalisation of the gambling market.

“The pressure to maintain our financial performance has been high,” he was quoted as saying in a press conference this morning by the public broadcasting company. “The price has been that we haven’t been able to reduce gambling problems well enough and we’ve been content with them not increasing.”

Veikkaus will additionally overhaul its marketing operations thoroughly, according to its chief commercial officer, Veera Vähävirta. The changes, she added, will affect all facets of marketing, ranging from content and volume to monitoring and practices.

The state-owned gambling monopoly has come under severe criticism since last summer for its questionable marketing campaigns and placement of slot machines.