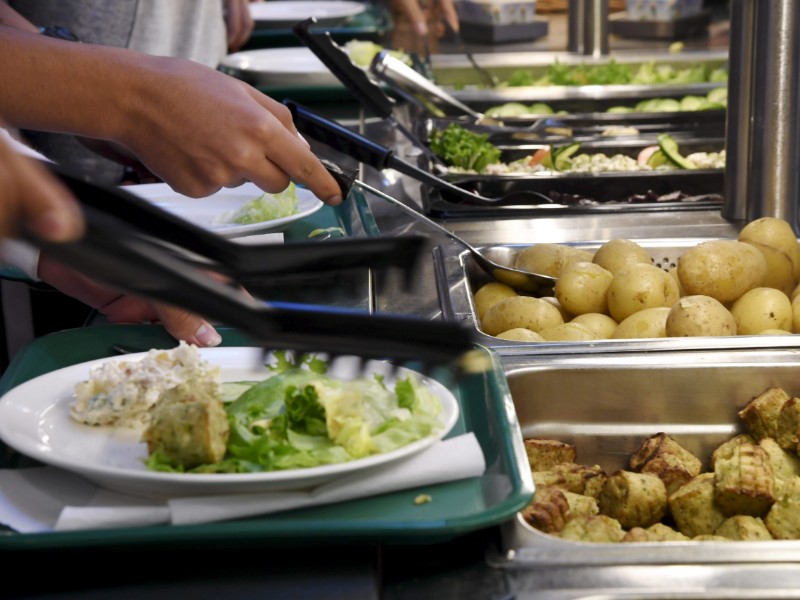 Having meat-free options at the front of the self-service counter has been proven as an effective way to encourage students to choose vegan and vegetarian options. (Markku Ulander – Lehtikuva)

UNICAFE has announced it will take beef off the lunch menus of its cafés and restaurants at the University of Helsinki in February 2020.

“The idea came from the staff as we were thinking about our next responsibility action. We realised that this is a way to reduce our carbon dioxide emissions significantly,” Leena Pihlajamäki, the chief operating officer at Unicafe, explained to YLE.

The cafés and restaurants are operated by Ylva, which is owned by the Student Union of the University of Helsinki (HYY). Ylva on Monday revealed that dropping beef from the menus will reduce the carbon footprint of the ingredients it uses by 11 per cent, or roughly 240,000 kilos per year.

Beef has accounted for roughly 15 per cent of the meat used at the cafés and restaurants, but going forward it will be replaced with pork, broiler and plant-based proteins. Pihlajamäki assured that students and other patrons will be able to select from delicious lunch options in spite of the menu shake-up

“We haven’t offered beef tenderloin or sirloin due to the tight pricing framework for student lunches. Ground beef is easy to replace with other ingredients. Many customers will pay no attention to the change,” she assured.

Ylva has also announced it is seeking to raise the proportion of sales arising from vegan and vegetarian dishes from around 40 to over 50 per cent by the end of next year by, for example, positioning meat-free options at the front of the self-service counter.

“Studies show that it’s one of the most effective ways,” explained Pihlajamäki. “The goal is ambitious but far from impossible.”

Anne Kalmari (Centre), the chairperson of the Parliament’s Agriculture and Forestry Committee, has expressed her dismay with the decision by Unicafe, labelling it as “incomprehensible and unsustainable”.

She warned that taking domestically produced beef off the menus will lead to an up-tick in the use of imported ingredients – “starting with vegetables shipped here from the far corners of the world”.

“It’s good to remember that no soya or palm oil is used in domestic beef production,” she added.

“It’s unsustainable that this ‘veggie mafia’ is trying to deprive other people of the right to eat what they want under the pretence of climate change. Why can’t students be allowed to choose what they put on their plates? The Centre believes in people and that everyone is trying to have as healthy and well-balanced diet as possible,” said Kalmari.