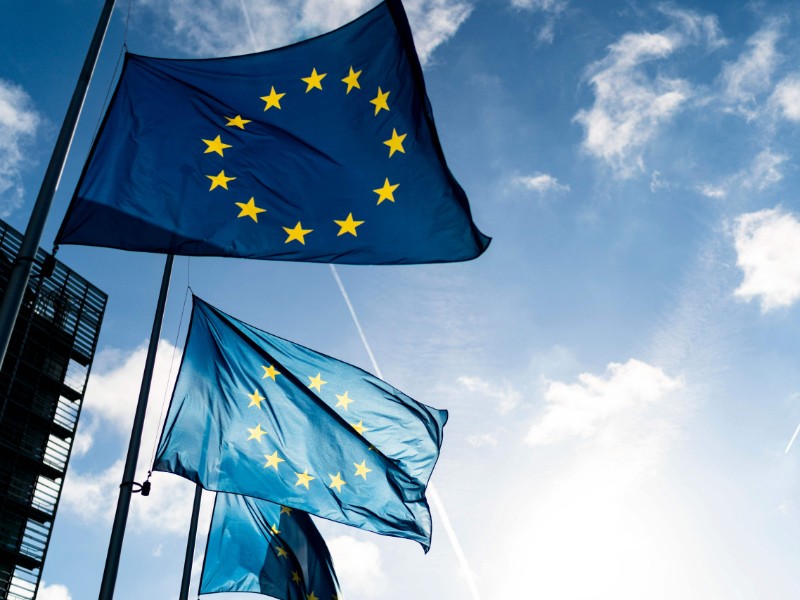 EU flags flew at half-mast outside the European Commission in Brussels, Belgium, on 30 September, as a tribute to ex-French President Jacques Chirac, who passed away at the age of 86 in Paris on 26 September 2019. (Kenzo Tribouillard – AFP/Lehtikuva)

THE ADVANTAGES of the European Union by far outweigh its disadvantages in the minds of Finns, indicates a survey conducted between 31 January and 6 February by the Finnish Business and Policy Forum (EVA).

Ilkka Haavisto, the research director at EVA, on Monday highlighted in a press release that public attitudes towards both the 28-country bloc and the 19-country monetary union have become more positive throughout the country's soon-to-be 25-year EU membership.

Finns, the survey found, largely regard the freedom to travel, live, study and work in other member states as the most dominant aspect of the membership, followed by the stability provided by the shared currency, certainty about the country’s geopolitical position and the security associated with being part of a larger community.

The EU also signifies prosperity, with almost two-thirds (63%) of respondents associating it with the internal market and economic benefits.

Public views of the bloc are not exclusively positive, however. Finns are concerned, for example, about the amount of financial aid disbursed to member states, the erosion of national sovereignty and uncontrolled immigration.

The 2,059 respondents were asked to fill in a 14-item questionnaire consisting of an equal number of positive and negative aspects.

Tomorrow will mark the 25th anniversary of the referendum that saw 56.9 per cent of voters side with the proposal to join the European Union. After the membership agreement was approved by the Finnish Parliament, Finland formally joined the EU on 1 January 1995.