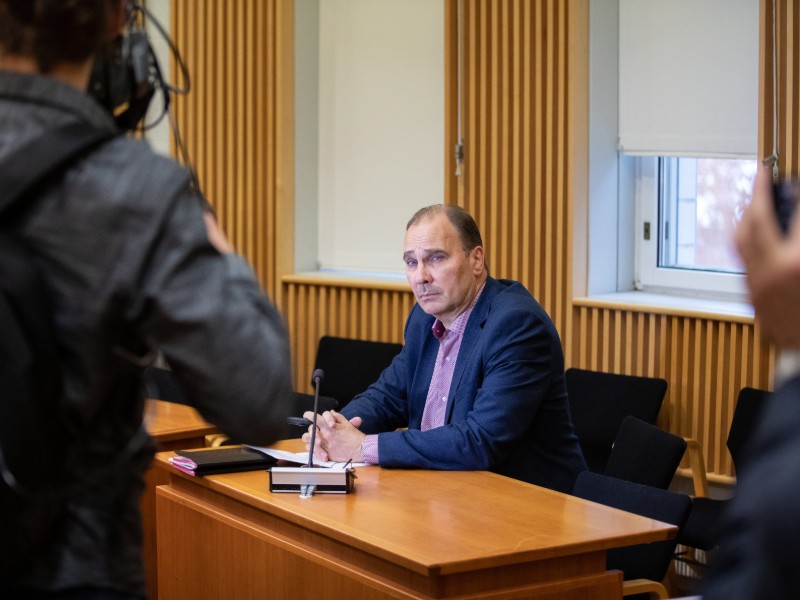 Olli Töyräs, a detective chief inspector at the National Bureau of Investigation, on Friday attended the detention hearing of a young man suspected of killing one and wounding 10 at Savo Vocational College. (Akseli Muraja – Lehtikuva)

THE DISTRICT COURT of Northern Savonia has detained a Finnish man for probable cause of murder and nine attempted murders in connection with the widely reported violent incident that took place at Savo Vocational College in Kuopio, Eastern Finland, on 1 October.

The detention hearing was held behind closed doors on Friday, with the suspect attending through a video link set up between the courtroom and Kuopio University Hospital.

The suspect sustained gunshot wounds in the arrest, after he had killed one and wounded several others with a sabre-like edged weapon in a classroom in the facilities of the college at around 12.30pm on 1 October. The motive for the act remains unknown.

“We have interrogated the suspect and will interrogate him many more times,” he added.

“Police will also conduct a number of other interviews. We’ve already developed a fairly good understanding of the course of events on Tuesday, but it will be necessary to carry out a long-running investigation and comb through the suspect’s personal history to shed light on the motive and other factors leading up to the act.”

KRP on Friday also disclosed that the woman who lost her life in the attack is a Ukrainian national born in 1996. Both the woman and suspect were students at Savo Vocational College.

Charges against the suspect must be brought by 13 February 2020.