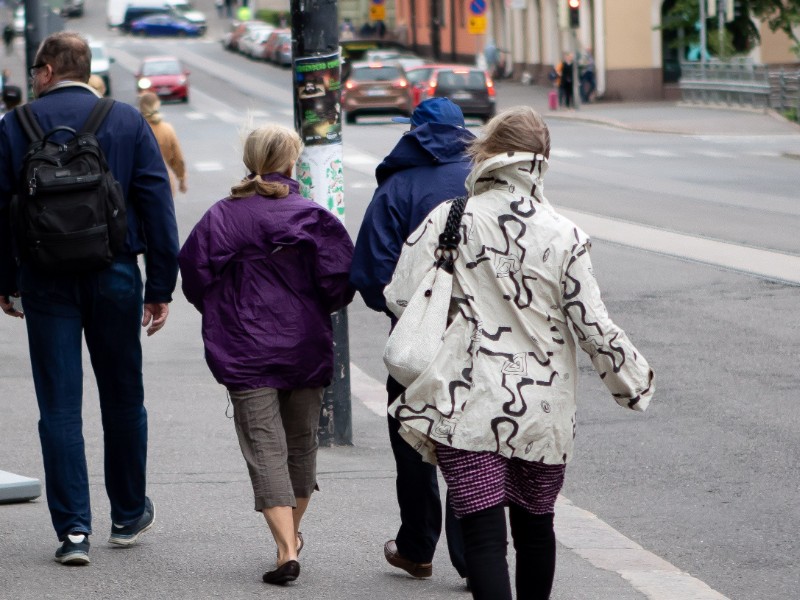 Most members of the five largest groups of foreign-language speakers in Finland feel they are part of the Finnish society, a new survey has found. (Anni Reenpää – Lehtikuva)

MOST FOREIGN-LANGUAGE SPEAKERS in Finland feel they are part of the Finnish society, finds a survey conducted by the cities of Espoo, Helsinki and Vantaa, E2 Research, the Finnish Cultural Foundation and the Ministry of Justice.

The survey examined the attitudes, identities and sense of belonging of Arabic, English, Estonian, Russian and Somali-speaking people in Greater Helsinki.

More than three-quarters of the foreign-language speakers reported that they feel they are either fully or partly part of the Finnish society. A noticeably smaller share of respondents said they identify themselves as Finns, with the highest degree of identification reported by Somali speakers (43%) and the lowest by Estonian speakers (10%).

Researcher Pasi Saukkonen reminded that most Estonian speakers have moved to the country for employment and are planning to ultimately return to Estonia.

“They do not necessarily feel a particularly strong desire to integrate here,” he explained in a press release.

All five groups of foreign-language speakers, the survey found, identified strongly with their own country of origin, but some have also adopted a dual identity. The share of respondents who identified with both their country of origin and residence was particularly high among Somali speakers, at 43 per cent.

Although Somali speakers also reported the best Finnish-language skills, they had the lowest number of native-born friends. Nearly a half (45%) of them reported that they do not have a single Finnish friend.

“This was naturally a startling and unfortunate finding in regards to interaction,” said Jussi Westinen, a researcher at E2 Research.

Almost a third (32%) of Arabic speakers reported that they have no native-born friends.

The sense of belonging was the strongest among English speakers, with almost all of them revealing they have native-born friends and acquaintances. The finding may partly be evidence of the English skills of Finns.

A total of 1,500 respondents – 300 from each language group – were interviewed for the survey.