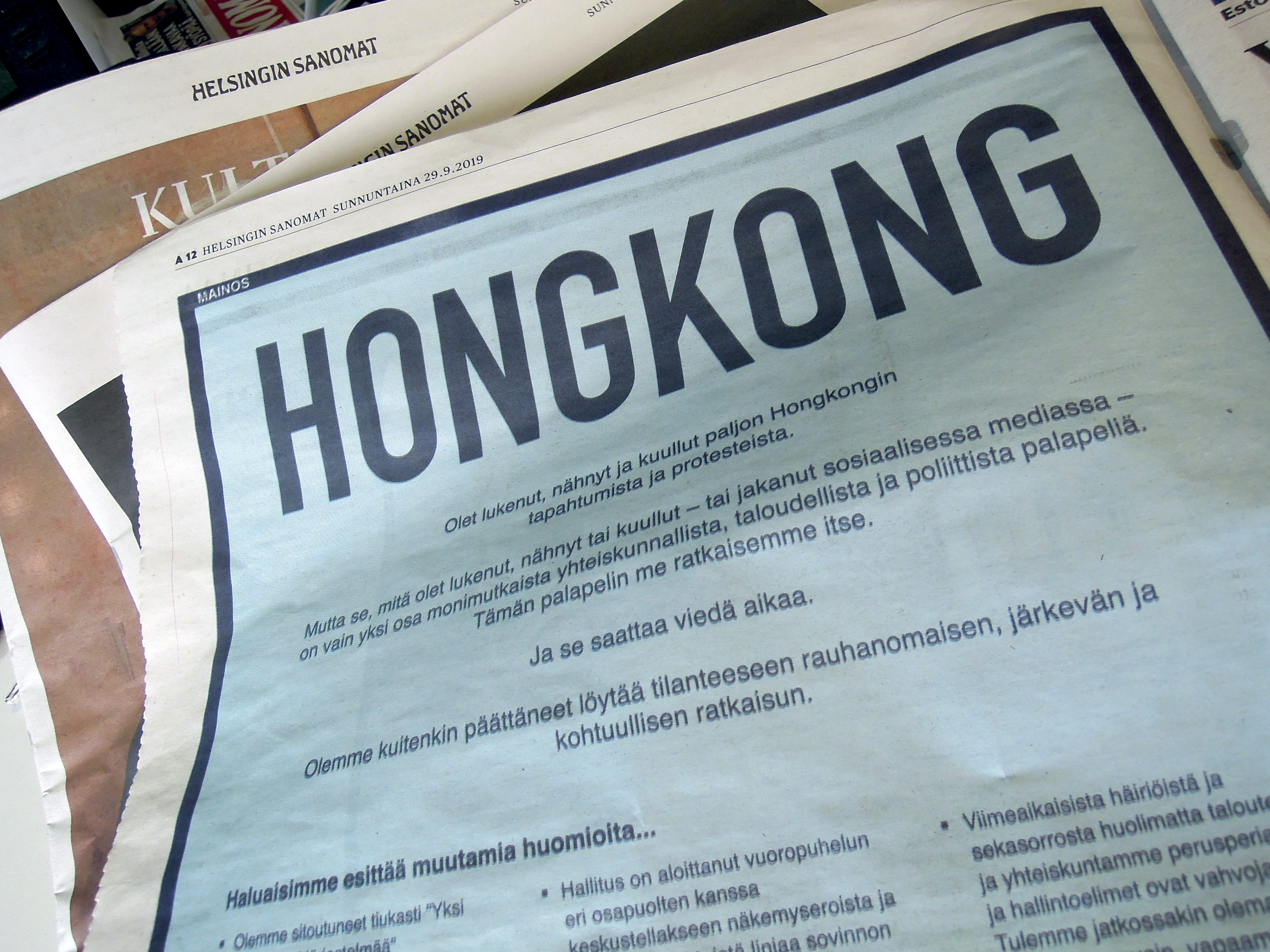 “You’ve read, seen and heard a lot about the events and protests in Hong Kong. But what you’ve read, seen or heard – or shared on social media – is only one piece of a complex social, economic and political puzzle. We’ll solve this puzzle alone. And it may take time,” the ad read.

Mikko Kärnä (Centre), a second-term Member of the Finnish Parliament from Lapland, responded to the ad by calling for a legislative amendment preventing foreign nations from attempting to sway public opinion through media.

He viewed that the newspaper showed extremely poor judgement in publishing the ad because of the violence that ended yet another week of protests in Hong Kong on Sunday. Media reports indicate that law enforcement officers fired rubber bullets, tear gas and water cannons to disperse the protesters.

“Helsingin Sanomat’s immoral actions show that any foreign nation can apparently communicate their political message to a large group of Finns, as long as it puts enough money on the table. This shouldn’t be possible and should be prevented through legislation. I really don’t want to live in a country where any country, be it Russia or North Korea, can freely buy space for their propaganda in the media,” wrote Kärnä.

Kaius Niemi, the senior editor-in-chief at Helsingin Sanomat, reminded that the newspaper has recently also published an ad supporting the protesters and assured that neither of the publishing decisions was taken lightly.

“HS today published an ad for the Hong Kong Special Administrative Region, in which China expressed its view on the situation in the region. A few weeks earlier, HS published an ad supporting the protesters,” he stated on Twitter on Sunday.

Both ads, he argued, are examples of social marketing, which falls under the scope of freedom of speech.

“HS will continue its independent reporting on Hong Kong – also on issues not wanted by China,” pledged Niemi.