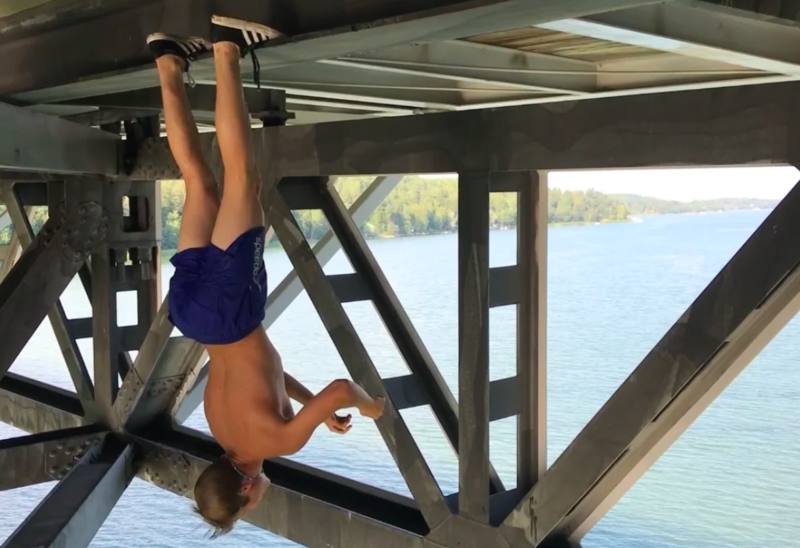 A screengrab from one of Sallinen's viral videos (Image: Vimeo)

JON SALLINEN, AN 18-YEAR-OLD HELSINKI LOCAL has experienced viral fame on the social media app TikTok as a result of his life-threatening stunts which involve him jumping off of buildings, bridges, and cliffs around the region and beyond.

Sallinen is a trained freestyle skier and jumper who has competed in ski-jumping events in Finland, the US, France, and Switzerland, who launched his TikTok account only four months ago. Since then he has amassed more than 26,000 followers as of this writing, with close to half a million 'likes' on the platform.

Some of his recent videos, seen here, feature him jumping from the Isoisänsilta Bridge and from the diving board at the Olympic Swimming Stadium.

Sallinen is one of several Finnish teenagers who have achieved viral fame through TikTok this year, with the most widely-followed being 17-year-old Jennifer Käld, who has amassed almost 5 million fans on the app with her lighthearted videos.