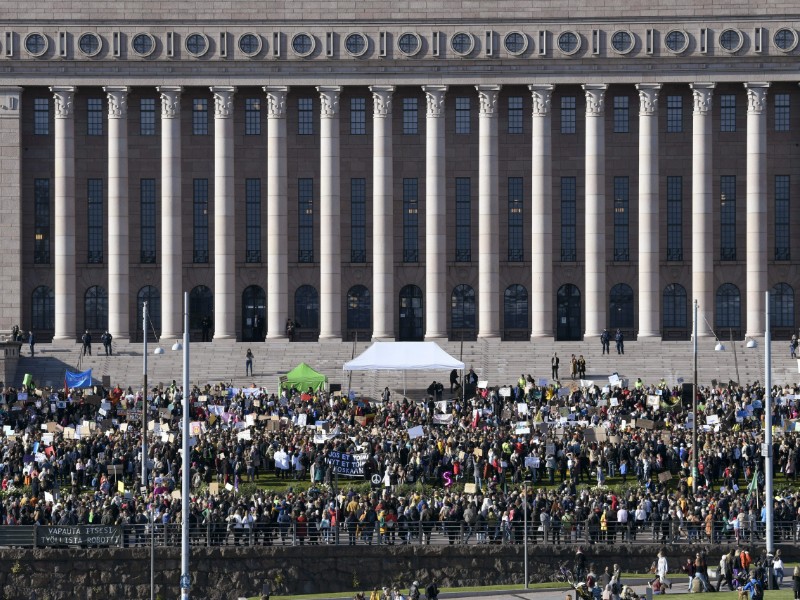 The global climate strike brought thousands of people to the steps of the Parliament House in Helsinki, Finland, on Friday, 27 September 2019. (Markku Ulander – Lehtikuva)

THE DAILY LIVES of Finns are affected by the climate crisis in a number of ways, including some unexpected ones, despite the fact that the continuing land uplift makes sea level rise a less acute problem in Finland, says Markku Ollikainen, a professor of environmental and resource economy at the University of Helsinki.

“One thing people don’t realise is that climate change is sneaking up on us, too,” he stated on MTV on Friday.

“We’re situated in the relatively safe Fennoscandia. But think about ticks, think about the problems we’ve had producing drinking water, about our river system turning brown. It’s sneaking up on us day by day.”

Ollikainen estimated that people may fail to link certain changes and developments, such as the increase in electricity prices, with the climate crisis.

He reiterated his message later this morning on YLE TV1, again calling attention to the problems caused by ticks, the increase in deer fly populations and the increases in electricity transmission prices caused by extreme weather.

“People don’t get that there’s a daily connection and that the fact that we’re not preventing climate change is costing us money. It’s costing us more and more.”