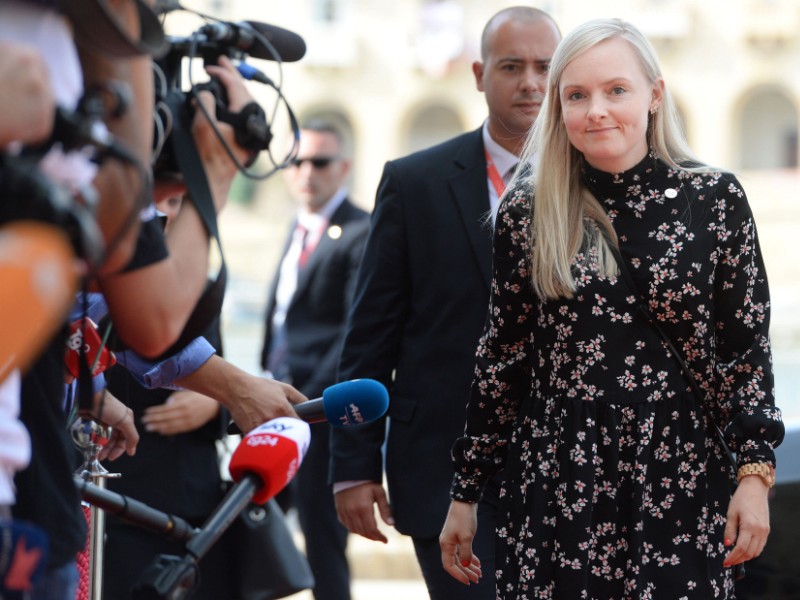 Minister of the Interior Maria Ohisalo (Greens) arriving for a meeting with her counterparts from four EU countries – Germany, France, Italy and Malta – at Fort St. Angelo in Birgu, Malta, on Monday, 23 September 2019. (Matthew Mirabelli – AFP/Lehtikuva)

GERMANY, France, Italy and Malta have found an agreement on a temporary mechanism for re-settling migrants rescued from the Mediterranean, tells Maria Ohisalo (Greens), the Finnish Minister of the Interior.

The four countries met in Birgu, Malta, on Monday.

Finland attended the meeting as an observer due to its ongoing presidency of the Council of the EU. Ohisalo on Monday tweeted that the quartet reached an agreement on a temporary mechanism based on voluntary participation for helping migrants rescued from the Mediterranean. The next objective, she added, is to encourage as many member states as possible to commit to the mechanism.

“Finland, as the president of the Council of the EU, will support the effort,” she said.

The meeting was called by the Maltese Ministry for Home Affairs and National Security. The Finnish Ministry of the Interior revealed earlier that the four countries will begin their discussions about a mechanism to re-settle rescued migrants based on preparations made during the course of this summer.

No additional details of the agreement have been disclosed.