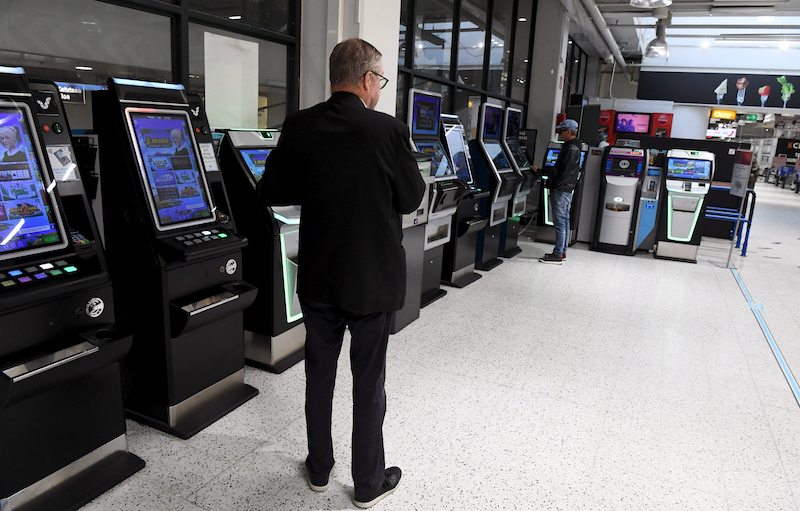 Veikkaus had to reduce the number of its slot machines in public places by 3000 after being criticised for its marketing. Lehtikuva

It’s often said that close neighbours mimic each other, and this is certainly the case for Sweden and Finland.

The two countries may be fierce rivals on the hockey rink or Eurovision stage, but they do have a similar approach to governance. After all, both Finland and Sweden have economies based on the Nordic Model, mixing capitalism with social welfare.

One area in which the two countries have diverged is online gambling. Until recently, Finland and Sweden were in the same boat, with both banning private gambling operators from offering their services to locals. But all that changed on January 1, 2019, when Sweden ended its long-running state gambling monopoly and opened up the market to private, regulated operators.

Until this year, Sweden had the same problem as Finland – unlicensed regulators were capturing a huge share of the market. In Sweden’s case, it was estimated that private companies were raking in 29% of the country’s estimated $2.5 billion gambling industry.

Swedish policymakers realised that they could bring more money into the country’s coffers simply by softening their grip on online gambling and letting go of the monopoly. Under the new laws, Spelinspektionen, the Swedish Gambling Authority, has the power to approve private gambling operators. Thus far, it has approved around 100 companies. More importantly, the authorities have also been given more power to crack down on unlicensed operators and force them to comply with responsible gambling initiatives.

Top policymakers in Helsinki are no doubt watching Sweden with interest to see how the online gambling reforms are received. But would finland gain or loose from adoption of the “Swedish model” of gambling? The downside would be that the income of the state monopoly Veikkaus would decrease and consequently the money that veikkaus has been distributing to culture, sports and charity will diminish as well. The state monopoly after all has been a non profit, distributing all its income for good causes. Veikkaus has also been expected to act responsibly, although recently it has come under criticism by the new government for openly advertising gambling and having placed too many slot machines in every shop and kiosk.

What the government would gain from a reform would probably be tens of millions of euros in tax revenue, in case it would be able to collect it from overseas companies. As for the players, they would have a choice over hundreds of online gambling sites like those found at https://www.internetcasinot.com/, which they have visited freely anyway all the time.

The reality is that tens of thousands of Finns access online gambling sites every day, without any penalty. Private operators are technically banned from offering their services to Finnish players. However, the state gambling authority doesn’t have much power to prevent voluntary transactions taking place between Finnish players and gamblers.

The sheer number of sites that offer services in the Finnish language are a manifestation of demand from Finnish players. So the question isn’t whether the demand is there for Finnish-focused online casinos, sportsbooks, and bingo sites, but whether the legislators in Helsinki will see them as an opportunity or a threat and follow suit as their counterparts in Stockholm have already done.

Recently, prime minister Antti Rinne (SDP) floated the possibility of tearing down the gambling monopoly of Veikkaus. Rinne indicated that Finland could at some point explore the possibility of doing away with the monopoly and transitioning to a licence-based system similar to that introduced in Sweden in January 2019. Minister of Culture and Science Annika Saarikko (Centre) however responded by writing in her blog, that letting go of the monopoly will not solve problems associated with gambling.

A lot will probably depend on what will happen in Sweden. Finnish authorities will probably do what they have done many times before; wait and watch Sweden try it first.