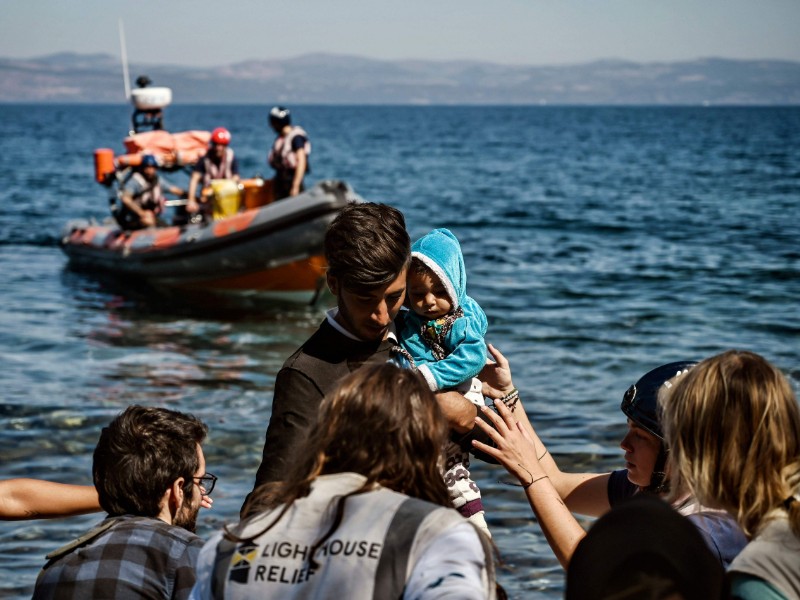 A migrant with a child is helped arriving on Lesbos, an island in the north-eastern parts of the Aegean Sea in Greece, on 16 September 2019. (Aris Messinis – AFP/Lehtikuva)

THE REFUGEE QUOTA will be increased by 100 to 850 in Finland.

The Finnish government announced its decision to raise the quota for next year in the wake of its newly concluded budget session, revealing that it will accept 400 Syrian refugees from Lebanon and Turkey, 200 Congolese refugees from Zambia and 130 refugees from Niger.

In addition, the country will prepare to accept 130 refugees in need of urgent resettlement according to the UN High Commissioner for Refugees (UNHCR).

Finnish authorities will select the refugees based on the proposal of the UNHCR. The Finnish government reminded in a press release issued yesterday that receiving quota refugees it the most effective way to help displaced people in the most vulnerable position.

The possibility of raising the quota – by as much as 300 to 1,050 – was discussed also by the government of Prime Minister Juha Sipilä (Centre).

Finland has accepted quota refugees since the 1970s.

Finland will receive 10,000 euros for each of the quota refugees it receives in 2020.