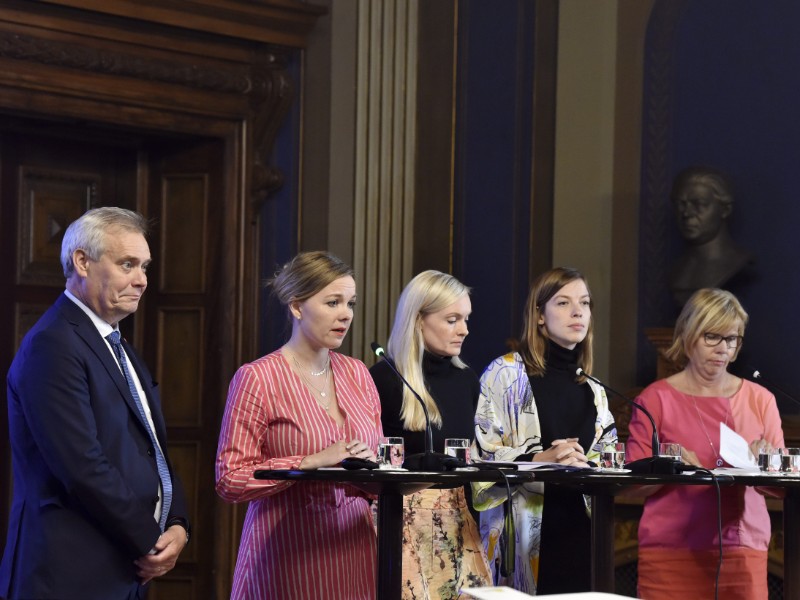 Members of the Finnish government talked to the media after wrapping up their first budget session in Helsinki on Tuesday, 17 September 2019. (Jussi Nukari – Lehtikuva)

THE GOVERNMENT of Prime Minister Antti Rinne (SDP) has expressed its commitment to utilising immigration to improve the employment rate in Finland.

The decision is momentous particularly as the former weighs up work permit applications from the perspective of law enforcement authorities and the latter from that of economic and employment policy. Applicants have thus far had to wait for up to a year for a decision on their applications, despite the stated objective of processing electronic applications in one to four months.

Its other measures to promote employment-based immigration and raise the employment rate include adopting the flat income tax rate for foreign key employees on a permanent basis and slashing the rate from 35 to 32 per cent.

The government came out of the budget session also with a number of other measures to promote employment, including additional investments in employment services.

The funding for wage subsidies will be increased from 53 to 77 million euros, while a number of trials will be launched to support micro- and one-person businesses to lower their threshold for hiring their first employees. The trials are to be launched in August 2020.

The job-seeking process, meanwhile, will be tailored to the needs and capabilities of the unemployed. Job seekers will receive an individualised employment plan containing a number of binding targets for filing job applications and participating in employment services.

The government announced it will invest 10 million euros in improving digital employment services and allocate 51 million euros in additional funding for the Employment and Economic Development Offices (TE Offices).

The widely criticised activation model for unemployment security will be abolished as of the beginning of next year, but the government will unveil alternative measures for shortening periods of employment and encouraging job-seeking in the autumn of 2020.

Overall, the government promised to invest 300 million euros in measures to promote employment, attract international talent and encourage the integration of immigrants in 2019–2023.