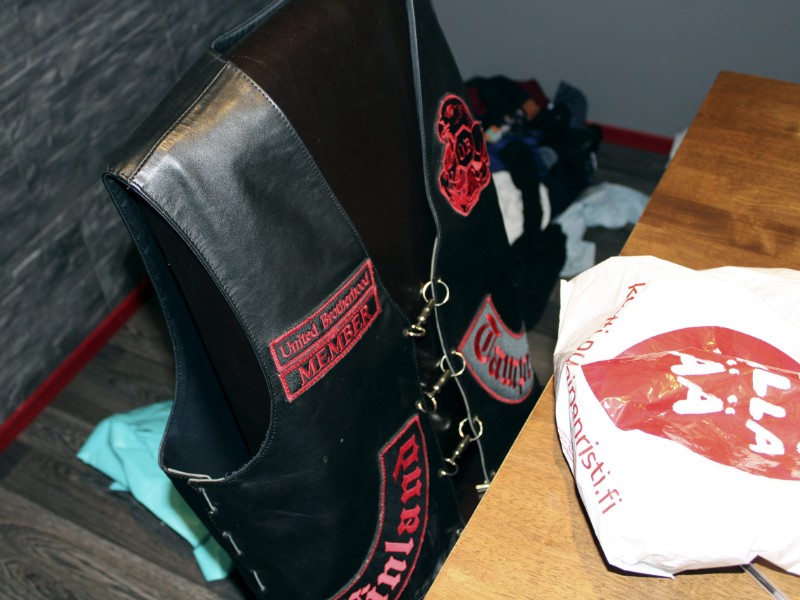 FINNISH law enforcement authorities have conducted a series of raids over the past week or so in connection with what they currently consider the most dangerous criminal organisation in Finland, United Brotherhood.

The National Bureau of Investigation (KRP) on Monday revealed that raids have been carried out in a total of nine cities and three prisons.

The raids were carried out as part of pre-trial investigations in which members of the criminal organisation are suspected of a wide range of serious offences, including aggravated drug, economic and violent offences. They have led to the arrests of a total of 18 people, nine of whom were taken into custody during an operation carried out in Turku on Monday, 2 September.

Searches have also been carried out in Helsinki, Jyväskylä, Joensuu, Lahti, Porvoo, Tampere and Tuusula.

“Several firearms were discovered during the house searches. Also narcotics were confiscated from a number of premises,” Ari Lahtela, a senior detective superintendent at KRP, stated in a press release.

Aki Lahtinen, a detective superintendent at South-western Finland Police Department, revealed that the arrests in Turku are related to suspicions that members of the criminal organisation have orchestrated the smuggling of drugs into prisons in an attempt to generate substantial profits. The suspects, he added, were detained by the District Court of Varsinais-Suomi on Thursday, 5 September.

“They are suspected of aggravated drug offences,” said Lahtinen.

On Monday, law enforcement officers provided support for searches conducted at prisons in Riihimäki, Sulkeva and Turku by the Criminal Sanctions Agency.

“United Brotherhood is particularly influential in these prisons according to our estimates, and that is why the operations were targeted specifically at them,” stated Sami Peltovuoma, a senior advisor at the Criminal Sanctions Agency.

All the searches were part of a 15-month nationwide operation launched by a range of security authorities to put an end to the activities of United Brotherhood both in and outside Finland, according to KRP. The operation has involved co-operation with not only Europol, but also with law enforcement authorities in Colombia, Estonia, Lithuania, Spain and the Netherlands.

Law enforcement authorities have confiscated a total of 160 firearms, including several automatic ones, and 55 kilos of amphetamine, methamphetamine, cocaine, hashish and marijuana during the operation. Officers at Häme Police Department and Finnish Customs also discovered over 160,000 pills of ecstasy from a private residence in Lahti in February, marking the largest ecstasy seizure to date in Finland.

“The pre-trial investigation indicates that the batch was to be distributed specifically by United Brotherhood,” told Pälvi Suokas, the detective chief inspector in charge of the investigation at Häme Police Department.

An estimated 2.6 million euros in criminal profits have additionally been seized during the 15-month operation.

Lahtela on Monday said United Brotherhood was selected as the target of the operation because it is considered the country’s most dangerous criminal organisation in terms of, for example, the number of violent offences committed by its members. Members of United Brotherhood and its affiliates have been identified as suspects in more than 1,300 criminal reports filed in the 2010s.

“Most of them were related to suspected drug, violent and firearm offences,” he stated.