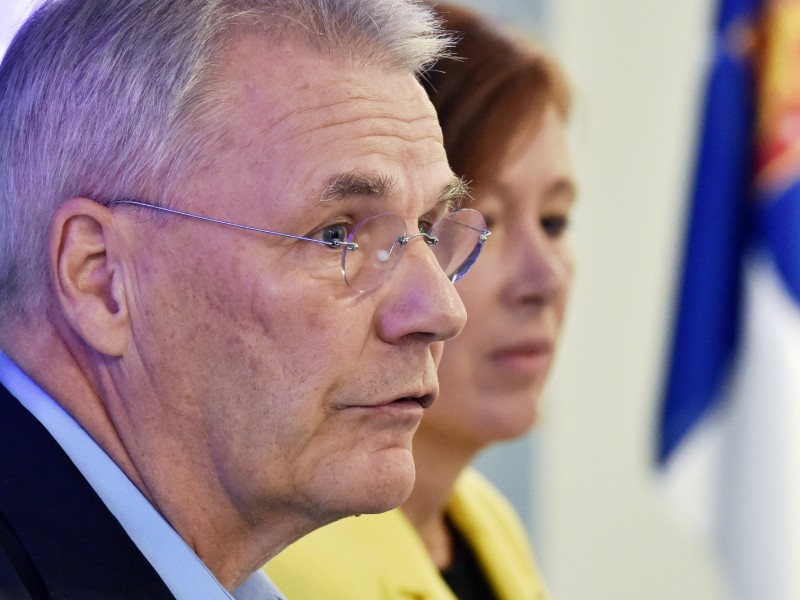 Olli-Pekka Kallasvuo, the board chairperson at Veikkaus, and Sirpa Paatero (SDP), the Minister of Ownership Steering, announced sweeping changes to the priorities of the state-owned gambling monopoly in a press conference in Helsinki on Thursday, 5 September 2019. (Jussi Nukari – Lehtikuva)

VEIKKAUS has removed all politicians from its board of directors.

The Finnish state-owned gambling monopoly announced the composition of its new board of directors yesterday, confirming by way of omission the departures of Ilkka Kanerva (NCP), Tuomo Puumala (Centre), Jutta Urpilainen (SDP) and Raimo Vistbacka (PS).

The politicians had received over 2,000 euros a month in compensation for their duties as members of the board.

They will be replaced on the board by Christian Cedercreutz, the chief executive of M-Brain, Anne Larilahti, the head of sustainability strategy at Telia, and Juha Pantzar, the managing director of the Guarantee Foundation. The Guarantee Foundation is a nationwide organisation assisting individuals in solving their debt and solvency problems.

Sirpa Paatero (SDP), the Minister of Local Government and Ownership Steering, announced in a press conference earlier yesterday that the composition of the board would be overhauled but did not disclose the nature of the overhaul.

Paatero and Olli-Pekka Kallasvuo, the board chairperson at Veikkaus, also announced that the state-owned gambling monopoly has launched a thorough renewal programme in an attempt to promote corporate responsibility.

Kallasvuo stated in the press conference that the renewals will include clarifications, specifications and concrete changes.

Veikkaus, for example, will clarify its strategy, update its responsibility objectives, cut its marketing budget, update its marketing guidelines, supplement its remuneration policy with immediate effect, expedite the introduction of identification technology to slot machines and slash the number of dispersed slot machines from 18,500 to 15,500.

“Veikkaus must earn its existence and legitimacy every day,” he stressed.