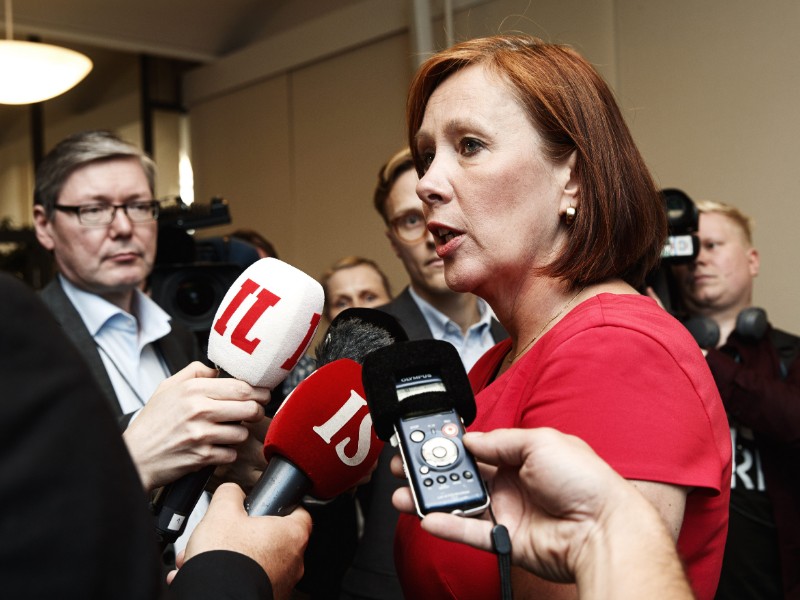 Sirpa Paatero (SDP), the Minister of Local Government and Ownership Steering, talked to reporters about the situation at Posti in Helsinki on Tuesday, 3 September 2019. (Roni Rekomaa – Lehtikuva)

SIRPA PAATERO (SDP), the Minister of Local Government and Ownership Steering, says she has discussed a number of “acute” issues with the board chairperson at Posti.

Paatero on Tuesday estimated that the state-owned postal services provider has deserved the criticism levelled at it due to the extravagant remuneration of its senior managerial staff and its plan to slash the base wages of around 700 parcel-sorting employees.

Heikki Malinen, the CEO of Posti, was paid a total of 987,764 euros in wage, bonuses and incentives in 2018. The total corresponds to average monthly earnings of more than 82,000 euros – over 37 times higher than the average of 2,200 euros a month earned by the company’s employees, according to Helsingin Sanomat.

The daily has also written that his yearly earnings have increased by 48 per cent since 2016.

Paatero said Posti’s board of directors has been asked to re-think the guidelines for remunerating senior managerial staff by the end of September.

The Finnish government, she added, also discussed the labour dispute sparked by the postal services provider’s plan to move around 700 employees under the scope of a new collective bargaining agreement. The Finnish Post and Logistics Union (PAU) has estimated that the move will lead to cuts of an average of 30 per cent and a maximum of 50 per cent in the base wages of the employees.

“We’ll call a timeout on that,” stated Paatero.

PAU on Tuesday responded to her statement by suspending the roughly three-day strike that was to end at 12.00am on Thursday, 5 September.

Also Prime Minister Antti Rinne (SDP) has expressed his disapproval with the remuneration practices of Posti, describing the recent, noticeable increases in the earnings of managerial employees as “shocking”.

“[They are shocking] especially when taking into consideration the fact that jobs have been cut constantly and there are plans to lower the wages of employees by 30 per cent,” he wrote on Facebook.