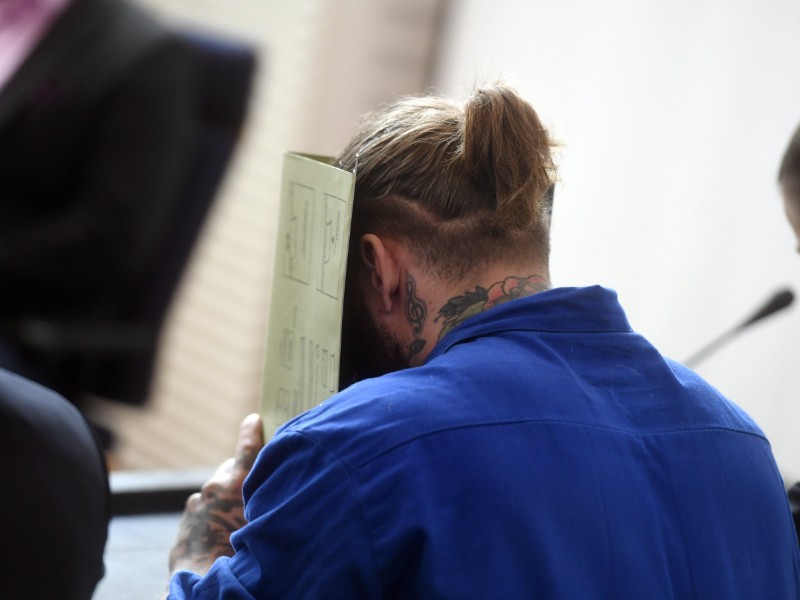 The older of the two suspects in the widely reported police shooting attended a detention hearing at the District Court of East Uusimaa in Vantaa on Thursday, 29 August 2019. (Vesa Moilanen – Lehtikuva)

THE DISTRICT COURT of East Uusimaa has detained the brothers suspected of shooting at police officers in Porvoo, Southern Finland, on Sunday.

The Swedish-born 30- and 25-year-old men were detained for probable cause of two attempted murders over the shooting that left two police officers seriously injured in a small industrial park in Porvoo, a roughly 50,000-resident town located 50 kilometres east of Helsinki.

It is likely that the men will be charged with more than two counts of attempted murders once the investigators have ascertained the details of the high-speed chase that led to the arrest of the suspects in Pirkanmaa at 8.36pm on Sunday. The offence of attempted murder carries a penalty of 2–12 years in prison, with multiple counts allowing courts to add up to three years to the sentence.

Charges against the two suspects will have to be brought by 24 January 2020.

Kimmo Huhta-aho, the detective chief inspector heading the pre-trial investigation at the National Bureau of Investigation (KRP), on Thursday revealed that the investigation has thus far focused on the events surrounding last Sunday. The investigators, he added, will take into account a broad range of events leading up to the shooting in the coming days and weeks.

“We’ll take into consideration whether this is it or whether there’s something larger than life,” he was quoted as saying by Helsingin Sanomat.

Huhta-aho estimated in the immediate aftermath of the unusual shooting that the suspects had set out specifically to hurt public officials. He reiterated his assumption at the District Court of East Uusimaa on Thursday, according to Helsingin Sanomat.

“This was a deliberate act. The intent was to do exactly what happened,” he commented after the detention hearings.