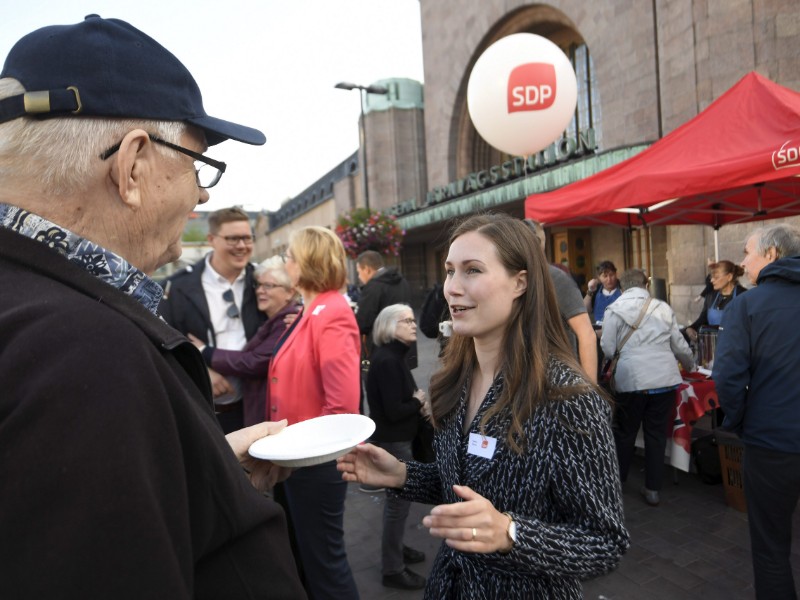 Sanna Marin (SDP), the Minister of Transport and Communications, has indicated she is confident that technological advances and productivity improvements will make shorter workdays a possibility in the future. (Markku Ulander – Lehtikuva)

MINISTER of Transport and Communications Sanna Marin (SDP) has elaborated on her proposal to switch to a four-day, 24-hour work week in Finland to Aamulehti.

Marin stated yesterday in a guest contribution to the newspaper that she is pleased by the debate prompted by her proposal and reminded that working time has decreased over the past century as a consequence of increasing labour productivity.

“Reducing working time to eight hours a day was one of the key societal goals of the social democratic movement and it was accomplished as a result of determined efforts. Some may think it sounds utopian and unfeasible to make a living on four-day work weeks or six-hour work days,” she wrote. “But people thought the same about five-day work weeks and eight-hour workdays.”

She originally floated the idea at the 120th anniversary event of the Social Democratic Party in Turku on Saturday.

Marin on Monday reminded that what was considered impossible became possible due to changes in working life and the society at large, adding that she is confident that technological advances and improvements in labour productivity will have a similar impact in the future.

She also argued that reducing working time is a means to increase labour productivity.

“A shorter working time has been trialled in, for example, Sweden, where it had a positive effect on productivity,” she told.

Similar results were received from a trial conducted in Finland in the 1990s, according to Marin. Nokian Tyres and KWH Pipe, for example, reported productivity improvements of 33 and 42 per cent, respectively, with the latter company also estimating that its unit labour costs fell as a result of the trial.

“Productivity increased so much that the companies had no problems paying an eight hours’ wage for six hours of work,” summarised Marin.

Prime Minister Antti Rinne (SDP) told Ilta-Sanomat on Monday that he interpreted the proposal as a vision for the future that warrants some discussion.

“This is a same kind of situation than when we started advocating for an eight-hour workday. No one believed in it at the time. I can’t say whether this objective will ever be realised, [but] it’s good that there are all sorts of discussions surrounding working life,” he commented to the daily in Reykjavik, Iceland.