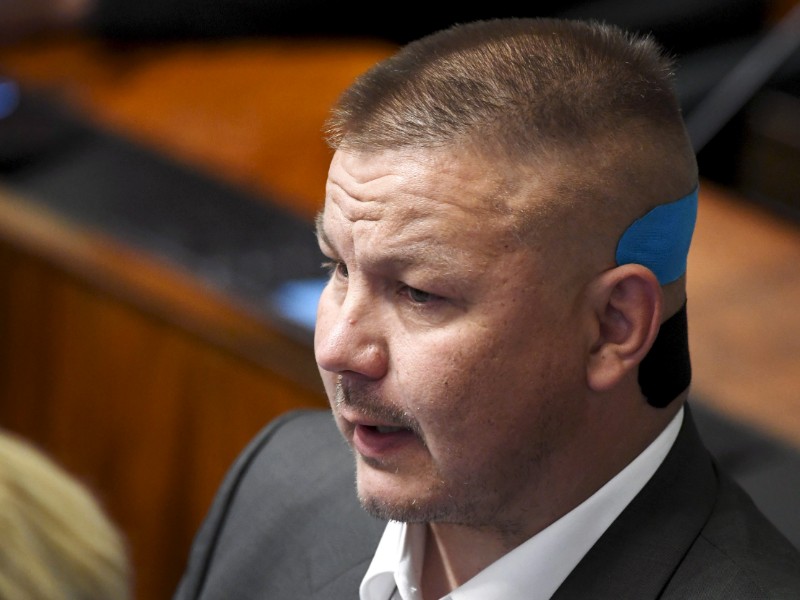 Juha Mäenpää (PS), a first-term Member of the Parliament from Vaasa, could be charged with ethnic agitation for likening asylum seekers to introduced species. (Vesa Moilanen – Lehtikuva)

POLICE will open an investigation into a statement made by Juha Mäenpää (PS), a first-term Member of the Finnish Parliament from Vaasa, Western Finland.

Pekka Hätönen, a detective chief inspector at Helsinki Police Department, on Tuesday confirmed to Uusi Suomi that police will launch a pre-trial investigation into the statement in which the lawmaker used the term “introduced species” in reference to asylum seekers.

The investigation is extremely unusual in that it deals with a statement made by a lawmaker in the Parliament House.

“A decision has been made to carry out a pre-trial investigation, after which the case will be handed over to a prosecutor and then, for consideration of charges, to the Office of the Prosecutor General,” said Hätönen.

He said the suspected case of ethnic agitation revolves around two questions: the forum where the statement was made and the statutory protection against prosecution afforded to Members of the Parliament. “These are the reasons why the case will also be considered by the Office of the Prosecutor General,” he explained.

Police are also continuing to look into statements made by two other Members of the Parliament: Hussein al-Taee (SDP) and Päivi Räsänen, an ex-chairperson of the Christian Democrats.

“That’s the most prominent feature. We’ll file a criminal report based on this information and then talk to a prosecutor [about whether or not to launch a pre-trial investigation],” he stated to Uusi Suomi.

Räsänen, meanwhile, is under scrutiny for a tweet containing a quote from the Bible posted in conjunction with Helsinki Pride. Hätönen revealed that the police are contemplating whether the tweet constitutes an attack against sexual minorities.