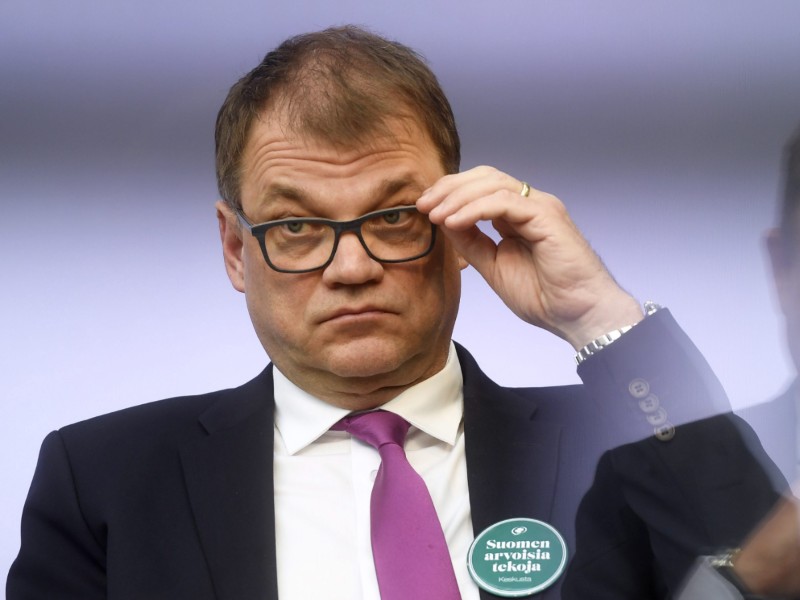 Juha Sipilä (Centre) thrashed out the divisive competitiveness pact with labour market organisations early in his tenure as prime minister, between 2015 and mid-2016. (Vesa Moilanen – Lehtikuva)

THE COMPETITIVENESS PACT has had a significant impact on employment in Finland, indicates a study by the Research Institute of the Finnish Economy (Etla).

Etla on Monday released its study of the impacts of the pact that was unveiled after painstaking negotiations in mid-2016, concluding that the pact has improved both employment and competitiveness in Finland.

The pact introduced a wage freeze for 2017, slashed the wages of public-sector employees, transferred certain social security contributions from employers to employees, and extended annual working time by 24 hours without additional compensation.

Etla stated that the pact has boosted the ranks of the employed by 20,000–42,000 people. The increase in annual working time accounted for roughly 40 per cent and the tax and social security contribution cuts for the remaining 60 per cent of the boost.

The Finnish government must continue to introduce similar measures to meet its employment rate target of 75 per cent, according to Etla.

It has been estimated that the ranks of the employed must grow by at least 40,000 more than expected if the rate is to be hauled to 75 per cent by 2023. Aki Kangasharju and Antti Kauhanen of Etla reminded earlier this year that the measures discussed by various task forces during the previous electoral term to promote labour availability and tear down activity traps could boost the ranks of the employed by 22,000.

Markku Lehmus, the head of forecasting at Etla, added that another increase in annual working time could create 8,000–16,000 jobs by 2022.

The study was commissioned by the Technology Industries of Finland, Chemical Industry Federation of Finland and Finnish Forest Industries.