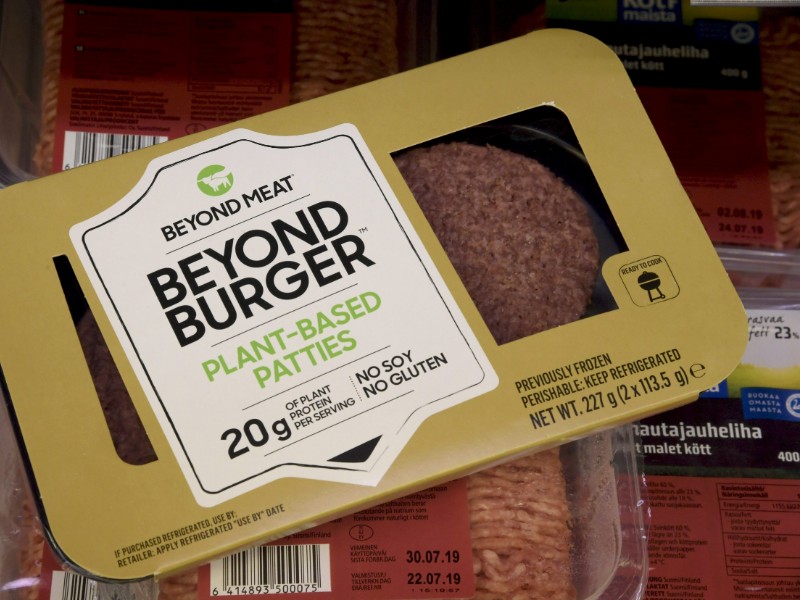 Although recent meat substitutes mimic the properties of meat accurately, the sales of red meat have declined only slightly in Finland. (Markku Ulander – Lehtikuva)

THE RELEASE of the Intergovernmental Panel on Climate Change’s (IPCC) report on land use and climate change has revved up the debate about meat-eating in Finland.

The IPCC on Thursday reminded that food production is a substantial source of global greenhouse gas emissions and that it will consequently be impossible to contain global warming to 1.5ºC without a fundamental change in how the world produces food and uses land.

Emma Kari, the chairperson of the Green Parliamentary Group, said Finland must take the report seriously.

“Food production must change to become more sustainable, and it has to happen quickly. We must reduce meat consumption,” she underlined in a press release. “I’m not talking about everyone having to become vegetarian, but we have to distance ourselves from the meat ideology in food policy. Finland must direct subsidies to increase the share of plant-based [food] production.”

Members of the Centre Party contrastively stood up for domestic meat producers, reminding that grass not only provides fodder for livestock but also absorbs carbon.

“We’re talking about an activity that’s very sustainable and promotes diversity – agriculture. I doubt it’ll end in Finland. Nor do we in the government want it to end. We contrastively want to look for new ways, methods and technologies and thereby lessen the adverse effects it creates,” Jari Leppä (Centre), the Minister of Agriculture and Forestry, told MTV.

Should Finns give up meat in order to live more ecologically?

Maarit Termonen, a researcher at Natural Resources Institute Finland (Luke), responds to the question by cautioning against drawing the conclusion that an exclusively plant-based diet is the most ecological diet for Finns.

“Finland has plenty of areas where where it only makes sense to grow grass in Finland, but people are currently unable to directly utilise grass, meaning that an animal is needed as an intermediary,” she stated to Uusi Suomi.

She reminded that there is yet no scientific evidence to corroborate the claim that grass absorbs more carbon than it releases.

“I’m sure we’ll never get an answer like grass is always a carbon sink or grass is never a carbon sink. It’ll depend on a lot of things. It does have the potential to be a carbon sink in mineral soil, however.”

Meat consumption in the country has increased rapidly to around 80 kilos per capita a year.

“Finnish beef production is in my opinion blamed way too much for climate change. More than it should be,” said Termonen.

She also called for a sense of proportion to the debate, reminding that fossil fuels are a bigger source of emissions than food production in Finland.

“If individual consumers want to reduce their carbon footprint, they can do so by making choices about housing and transport, which have a greater impact than meat-eating. These should be discussed as much [as meat-eating],” she argued.