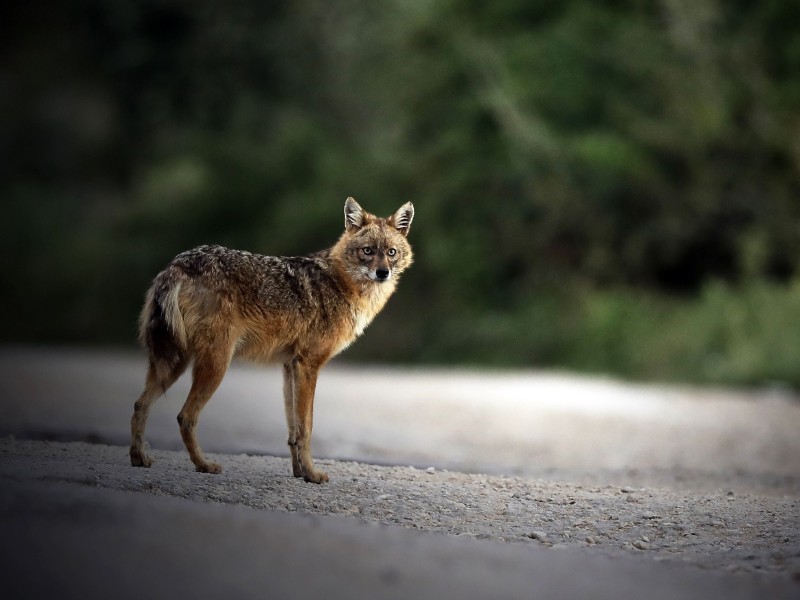 A golden jackal photographed in a field north of Beirut, Lebanon, on 26 March 2018. (Joseph Eid – AFP/Lehtikuva)

A POLITICAL DEBATE has erupted in the wake of the first ever sighting of a wild golden jackal in Finland on Thursday.

The debate has revolved particularly around the question of whether or not the jackal should be considered an invasive alien species. Members of the Centre Party rushed to respond to reports about the sighting by saying the animal should be removed from the country immediately.

“It should be killed on sight,” stated Mikko Kärnä (Centre), a member of the Finnish Parliament’s Agriculture and Forestry Committee. “The committee notes in its statement that the species should be regarded as an invasive alien species, meaning that it is not protected. It may be best, though, that the related legislation is specified if necessary.”

“We don’t need an animal like this here. Take its life,” he added.

The jackal was sighted in Rautavaara, Northern Savonia, on Thursday.

The Finnish Association for Nature Conservation (SLL) has contrastively demanded that the golden jackal not be treated as an invasive alien species.

“The golden jackal is an alien species that has spread naturally, and thereby it is protected under nature conservation laws. Killing the jackal would constitute a nature conservation offence, which carries the punishment of a fine or up to two years in prison,” reminded Tapani Veistola, a special advisor at SLL.

Jenni Pitko (Greens) pointed out that species and biotopes are moving north as a consequence of climate change and that, as a result, the arrival of the golden jackal did not come as a surprise. “Welcome!” she tweeted, pledging the species protection also under EU laws.

The Ministry of Agriculture and Forestry has similarly argued that the fact that the specimen entered the country independently makes it a non-invasive species.

CORRECTION: Jenni Pitko is a representative of the Green League, not the Centre Party as the article initially stated.