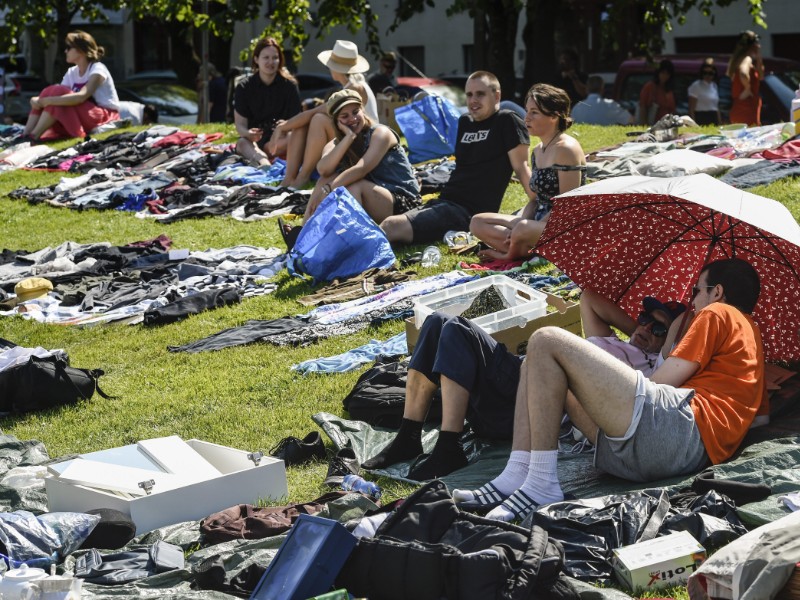 THIS WEEK is set to be the start of the hottest part of the summer in Finland and Northern Europe, according to Foreca, a Finnish privately owned weather forecasting company.

“The forecast models are in agreement on the weather being super hot next week: the high-pressure front will absolutely linger over Northern Europe, bringing with it the hottest temperatures of the summer,” Markus Mäntykannas, a meteorologist at Foreca, wroteon Saturday.

Mäntykannas added that it is possible that the upcoming heatwave is hotter than the one experienced last summer and could even set a new record for the highest temperature recorded ever in Finland.

“It will be a close call whether we get an air front similar to the one we had in Finland in July 2010, during which the temperature record of 37.2ºC was set in Liperi [North Karelia],” he said.

Temperatures in Finland began to creep up over the weekend and are expected to hover around 25ºC on Monday and Tuesday, before jumping closer to the 30ºC-mark on Wednesday and hitting it on Thursday, according to Foreca.

“And there we go: the scorching heat seems to be here to stay,” said Mäntykannas.

The hottest part of the air mass is expected to land in the Nordics on Saturday, 27 July. It could bring temperatures that, this time of the year, should be found in the Mediterranean or North Africa, according to Mäntykannas.

“Some of the weather models over the past few days have hinted at the possibility that temperatures will rise to 35ºC in some parts of Sweden and Finland, possibly setting new heat records,” he told.

“One week from now, it seems to be possible that the highest readings could be 30–35ºC also in Finland. But there is a front of colder air lurking north of Finland, and the clouds rising to the sky could keep the temperatures somewhat in check. The hot weather will also bring with it tropical nights, meaning the mercury will not drop below 20ºC even at night,” added Mäntykannas.