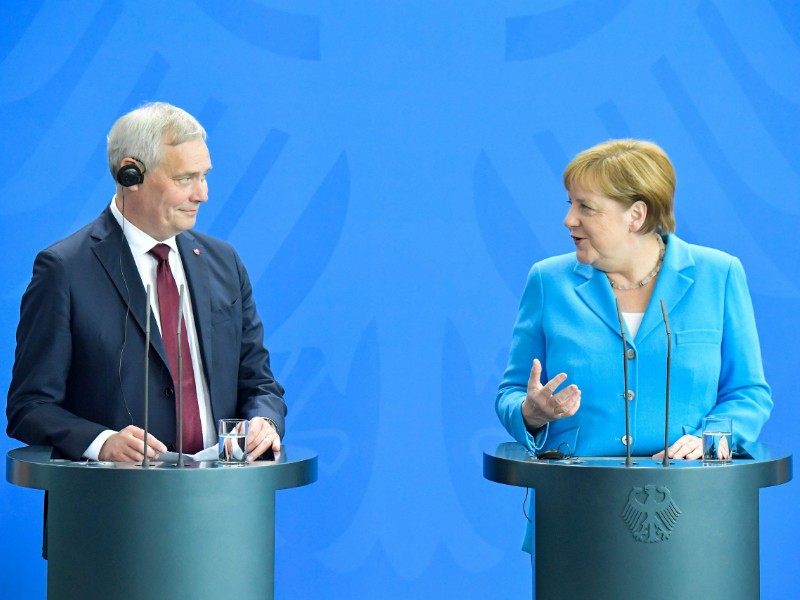 PRIME MINISTER Antti Rinne (SDP) has reiterated the one-off nature of the decision to take in asylum seekers rescued from the Mediterranean by Italy and Malta.

The Finnish government announced last week that, as “a one-off show of support”, it is prepared to take in a maximum of five of the asylum seekers who were aboard a rescue vessel that arrived last week in Malta.

The government recently also confirmed its earlier decision to receive eight of the asylum seekers who were onboard Sea-Watch 3, a German-operated rescue boat that arrived in Lampedusa, Italy, in June.

Rinne told Iltalehti on Saturday that Finland will not bring in additional asylum seekers until an agreement on a temporary re-location arrangement has been found by the European Union.

“We’ve now put a stop to this, meaning we won’t be taking in anyone who has been rescued from sea until there’s an agreement on re-locations,” he commented in an interview with the daily newspaper.

The decision, he pointed out, was also motivated by a desire not to support human smugglers operating in the Mediterranean. “We think it’ll send a signal. I mean that if you can jump on a boat to gain access to Europe, it starts to have an impact on your readiness to leave your own country,” he explained.

The Finnish government will initiate preparatory work to introduce a temporary arrangement on the re-locations without delay, with the aim of presenting a proposal that is supported by at least 20 EU member states, according to Rinne.

“It’s possible to put one together quickly. I spoke about it in the middled of last week with [German Chancellor Angela] Merkel. They’re supportive of the strong initiative we’ve shown on the issue of getting a temporary arrangement in place,” he said.

The issue will be discussed later this week by the bloc’s interior ministers in Helsinki. An agreement on a longer-term solution on the re-locations of asylum seekers within the bloc is to be sought by the new European Commission.