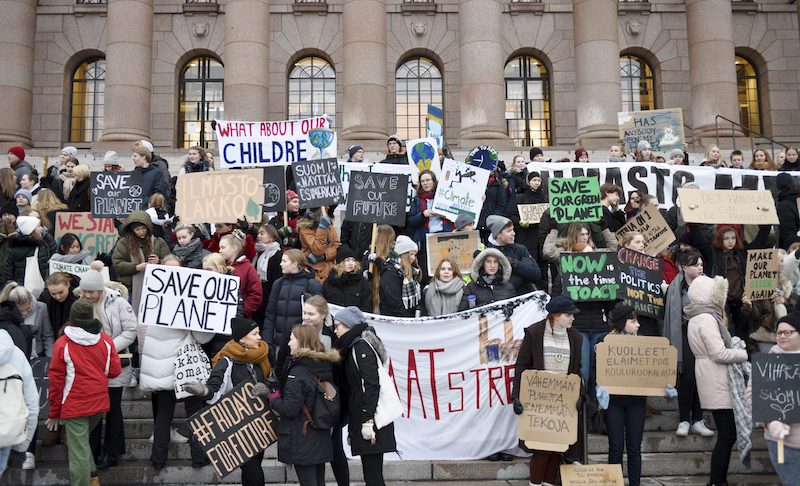 A new paper published by researchers form the University of Turku in Finland suggests that even though observed changes in the climate are real, the effects of human activity on these changes are insignificant. The team suggests that the idea of man made climate change is a mere miscalculation or skewing the formulas by the Intergovernmental Panel on Climate Change (IPCC).

Jyrki Kauppinen and Pekka Malmi, from the Department of Physics and Astronomy, University of Turku, in their paper published on 29th June 2019 claim to prove that the “GCM-models used in IPCC report AR5 fail to calculate the influences of the low cloud cover changes on the global temperature. That is why those models give a very small natural temperature change leaving a very large change for the contribution of the green house gases in the observed temperature.”

Thus, in order to come to the results matching the actual climate change the IPCC has to “use a very large sensitivity to compensate a too small natural component. Further they have to leave out the strong negative feedback due to the clouds in order to magnify the sensitivity.” In addition, Kauppinen and Malmi claim that their paper proves that “the changes in the low cloud cover fraction practically control the global temperature.”

The authors argue that the IPCC has used computational results which can not be considered experimental evidence, and cite this as the reason for contradictory conclusions.

“The IPCC climate sensitivity is about one order of magnitude (i.e. 10 times) too high, because a strong negative feedback of the clouds is missing in climate models. If we pay attention to the fact that only a small part of the increased CO2 concentration is anthropogenic, we have to recognise that the anthropogenic climate change does not exist in practice, write Kauppinen and Malmi. “The major part of the extra CO2 is emitted from oceans, according to Henry‘s law. The low clouds practically control the global average temperature. During the last hundred years the temperature is increased about 0.1℃ because of CO2. The human contribution was about 0.01℃.”

The paper has been criticised for not being peer reviewed and other climate scientists have refuted the conclusions reached by Kauppinen and Malmi. Critics have said that in addition to not being peer reviewed, Malmi and Kauppinen fail to provide correct physical explanation, have not linked to- or cited to enough sources to support their claims and although they denounce climate models, they use one themselves to prove their own points.

In a previous paper by the same scientists published last December, they discuss the effects of cloud cover and relative humidity on the climate change. In a separate study, Japanese scientists have also suggested a much more important role for low clouds cover caused by an increase in cosmic rays resulting form the weakening of the earths magnetic filed.

Prof. Masayuki Hyodo and his team Yusuke Ueno, Tianshui Yang and Shigehiro Katoh from the University of Kobe in Japan in their paper published this month in propose that the “umbrella effect” is the main factor behind climate change.

“The Intergovernmental IPCC has discussed the impact of cloud cover on climate in their evaluations, but this phenomenon has never been considered in climate predictions due to the insufficient physical understanding of it”, comments Professor Hyodo. “This study provides an opportunity to rethink the impact of clouds on climate. When galactic cosmic rays increase, so do low clouds, and when cosmic rays decrease clouds do as well, so climate warming may be caused by an opposite-umbrella effect. The umbrella effect caused by galactic cosmic rays is important when thinking about current global warming as well as the warm period of the medieval era.”

Scientists have suspected that the Earth’s magnetic filed is showing signs of flipping. The magnetic filed is moving erratically out of the Canadian Arctic and towards Siberia so unpredictably that it has taken scientists by surprise so that they need to update the model they released only four years ago.