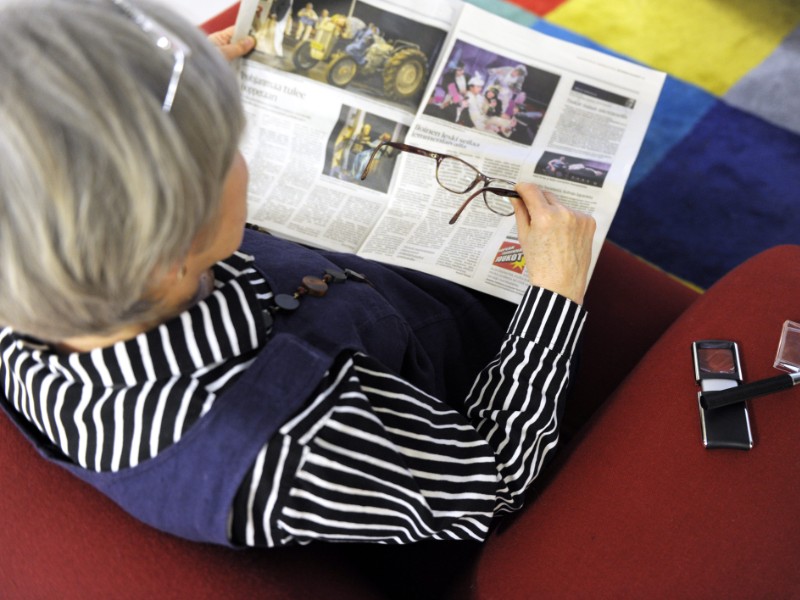 The Finnish government announced earlier this week its plan to introduce a small increase to pensions not exceeding 1,200–1,300 euros a month. (Trond H. Trosdahl – Lehtikuva)

THE NEWLY UNVEILED proposal to raise national and guarantee pensions would benefit a relatively small group of pensioners, says Jukka Appelqvist, an economist at Danske Bank.

“The government was originally talking about pensioners earning 1,400 euros a month, which would pretty much be ordinary pensioners. Pensioners living on guarantee pensions or primarily on national pensions are a completely different kind of group,” he highlighted on Thursday.

The Finnish government earlier this week unveiled a proposal to raise national pensions by up to 31 euros and guarantee pensions by up to 50 euros a month. The increases would be higher for low-earning pensioners and lower for high-earning ones, with the increase in a 1,000-euro pension being 19 euros.

The announcement has stirred up widespread criticism, as the government was viewed to have taken back its promise to introduce a net increase of 100 euros to all pensions not exceeding 1,400 euros.

Appelqvist pointed out that the group targeted by the newly announced increase includes people who, for one reason or another, have drifted out of the labour force before reaching the retirement age. The recipients of guarantee pensions, for example, include a number of elderly women whose careers were shorter than those of men.

He viewed that the government – if its intention was to improve the well-being of pensioners – should have instead invested in services targeted at such elderly people.

Mauri Kotamäki, the chief economist at the Finland Chamber of Commerce, suggests that at least some of the criticism levelled at the proposal is unwarranted.

“This is a perfectly efficient way to reduce poverty among pensioners. In that sense, these are the right instruments, if this is indeed the objective,” he said, also calling attention to the political rationale for the increase.

“Pensioners are a growing group of voters, so there’s pressure to do something for pensioners,” said Kotamäki.

Appelqvist, in turn, drew attention to the legitimacy problem arising from the narrowing of the gap between lowest earnings-related pensions and other low pensions.

“If you raise guarantee pensions enough, you creep closer to the question of how do people who have worked low-paid jobs their entire lives and paid pension contributions feel about getting roughly as large pensions as people who have never worked,” he elaborated.