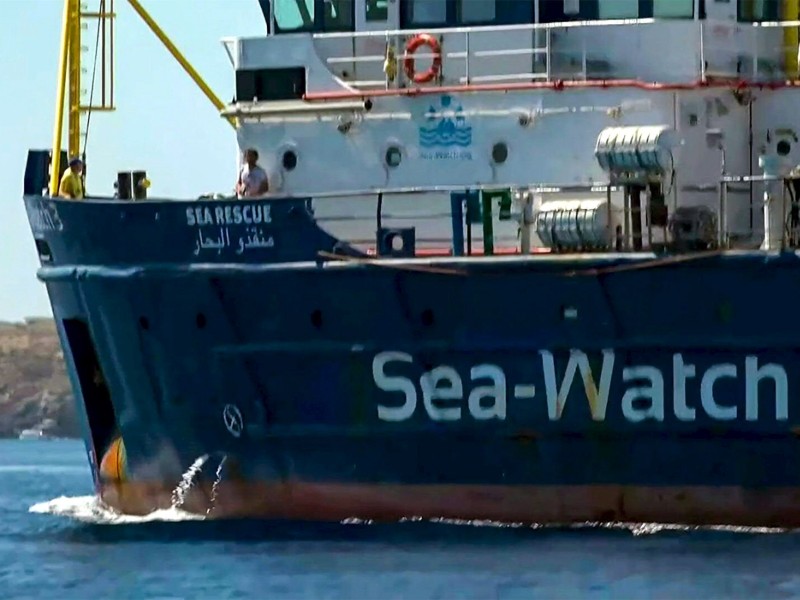 Sea Watch III set its course for Lampedusa, Sicily, in June, after a lengthy stand-off at sea with the Italian government. (AFP/Lehtikuva)

THE FINNISH GOVERNMENT has confirmed it has decided to take in eight of the asylum seekers who arrived in Italy in June onboard Sea-Watch 3, a rescue vessel operated by Germany-based Sea-Watch.

Finland had been asked to resettle a share of the 42 migrants onboard the vessel by the European Commission.

The Finnish government yesterday reiterated in a press release that the asylum applications will be processed in accordance with the regular asylum procedure, meaning that the need for international protection will be assessed separately for each applicant. Most of the people onboard the vessel are from Cameroon, Guinea, Mali and Ivory Coast.

“In accordance with the programme of Finland’s EU presidency, the objective is to develop temporary arrangements concerning the relocations of people rescued from sea,” the press release reads.

“The objective is to move away from solutions introduced on a vessel-by-vessel basis towards increasingly predictive solutions. The holder of the presidency will support the realisation of the objectives by demonstrating solidarity in practice.”

The Finnish Immigration Service (Migri) is responsible for preparing relocations from another EU member state to Finland. The country has previous experience of the procedure, having received a total of 1,980 migrants from Greece and Italy in 2015–2017.

Over 10 EU member states have resettled a total of roughly 800 people rescued from the Mediterranean since June 2018.